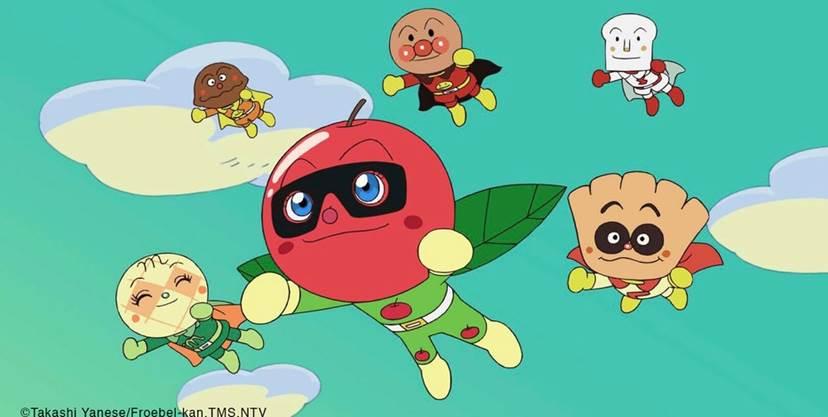 Tubi, an ad-supported free streaming service owned by Fox Corporation, has added seven new films from global powerhouse anime franchise “Anpanman,” for English and Spanish speaking audiences, exclusively on the platform. Joining “Purun, The Soap Bubble” and “Apple Boy and Everyone’s Hope,” which are currently available on Tubi, anime fans will be able to binge new titles from TMS Entertainment featuring the beloved superhero and his world of friends, which holds the Guinness World Record for most characters in an animated franchise. With five dedicated museums, “Anpanman” is the most popular character among both boys and girls in Japan. “Anpanman” – whose head is an anpan, a popular Japanese pastry – is a champion of justice who flies anywhere to help those in trouble, all the while keeping an eye out for his trusty nemesis, “Baikinman.”

The ”Anpanman” films exclusively available on Tubi for Australian anime fans include:

The Adventure of Happie

When Anpanman’s new apprentice, Happie, is swayed by Baikinman, Happie’s whole village is in danger. Anpanman must set him straight, before all is lost.

When Anpanman saves Dollie, she gains life and just wants fun, even if it means bothering others. Meanwhile, Baikinman tries to build the strongest mold robot to defeat Anpanman.

The Secret of Fairy Rin-Rin

When Baikinman tricks the fairy Rin-Rin who protects the flower that gives Anpanman strength, everyone must go on a journey to find more flowers.

Blacknose and the Magical Song

An orphan, Cana, raised in darkness by evil Blacknose, tries to destroy the joys of singing, dancing, and yummy food. Can Anpanman make the kid see the light?

Clouds and cold may ruin all the sweet fruit on Banana Island, but queen Banna refuses to ask Anpanman for help, while Baikinman goes to Banana Island in search of the legendary Giant Banana.

Nanda and Runda from the Star of Toys

The selfish princess Runda, accompanied by a kind robot, Nanda, loses her wand that turns things into toys and needs Anpanman’s help to find it.

Shine! Kulun And The Stars Of Life

Before the annual Star Festival, the mysterious Kulun pops out of Baikinman’s garbage bin and black stars fall, threatening life on Anpanman’s world.