BEHIND THE ATTRACTION Trailer Released 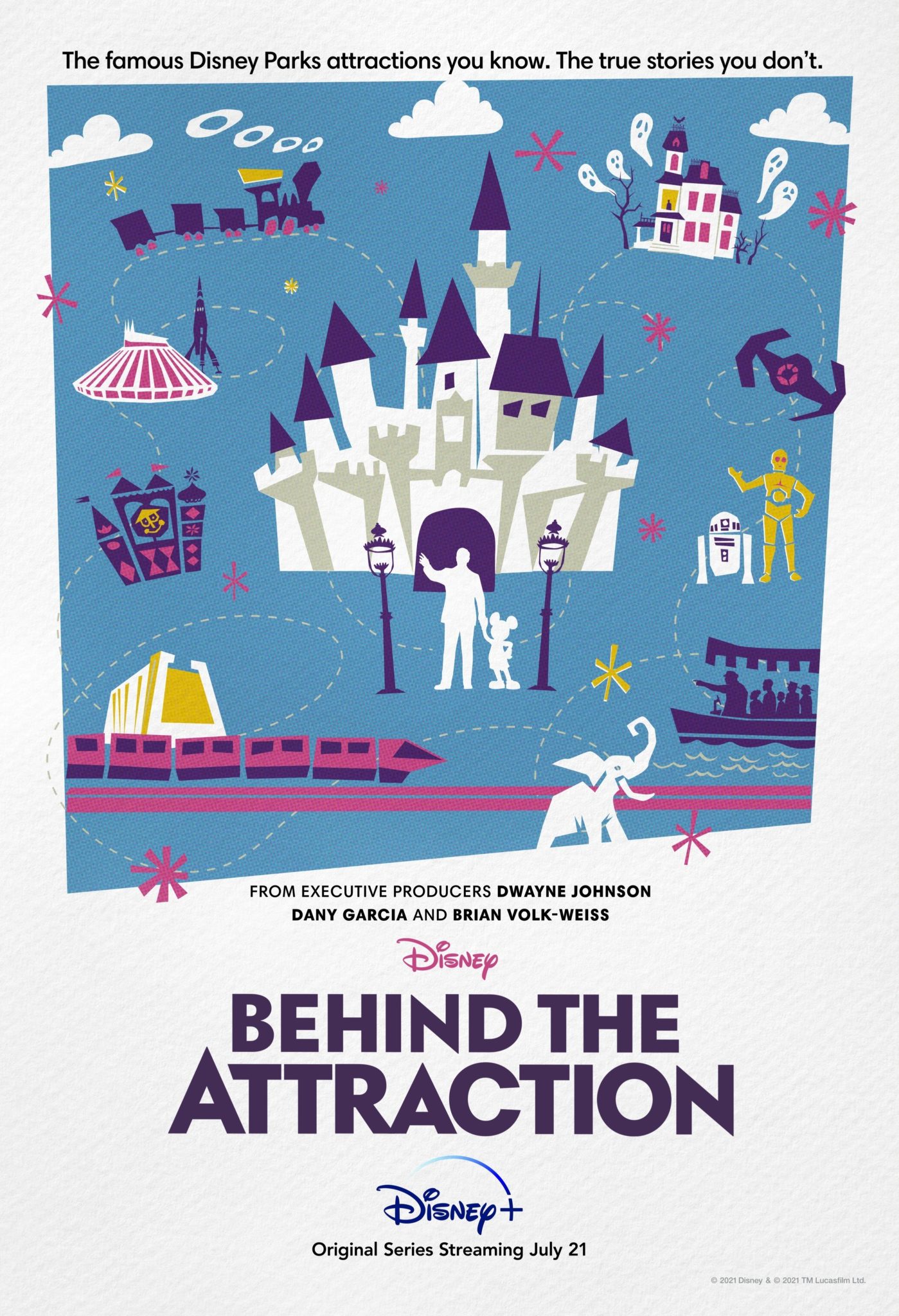 Disney+ revealed the official trailer for “Behind the Attraction.” Narrated by Paget Brewster (“Criminal Minds”), the 10-part series gives viewers an exclusive peek “behind the curtain” of the most beloved attractions and destinations at Disney Parks and Resorts around the world, from Jungle Cruise to “it’s a small world” to the Haunted Mansion to Star Wars: Galaxy’s Edge.

“Behind the Attraction” delves into Disney Parks’ rich, amazing history using archival and never-before-seen footage and photographs to unveil how the attractions came to be and how they’ve been refined over the years as new ideas surface and technology evolves.  “Behind the Attraction” begins streaming on Wednesday, 21 July, on Disney+ with five episodes at launch, and five additional episodes coming to service later this year.

The following episodes will be available on Disney+ on Wednesday, July 21:

Jungle Cruise
Join a skipper for the story behind Jungle Cruise, and try to spot the backside of water! When Walt decided to create the original immersive attraction, he tasked Imagineers with building a river AND the mechanical animals to populate it.Haunted Mansion
Welcome, foolish mortals, to the Haunted Mansion — enter if you dare! When Walt Disney developed the attraction, he didn’t specify if it should be funny or scary, and so it became a perfect blend of both.

The Twilight Zone Tower of Terror
Discover the ups (and downs!) of creating this gravity-defying attraction set in the eerie world of Rod Serling’s renowned “Twilight Zone” television series. Then hold on tight as Imagineers reimagine the Disney California Adventure Park version as Guardians of the Galaxy – Mission: BREAKOUT!

Space Mountain
You’re about to hear the story of Space Mountain in T-minus 5, 4, 3, 2, 1…launch! Walt’s vision of an attraction that simulates space travel was a design challenge Imagineer John Hench tackled head on, creating a signature structure in Disney Parks around the world.