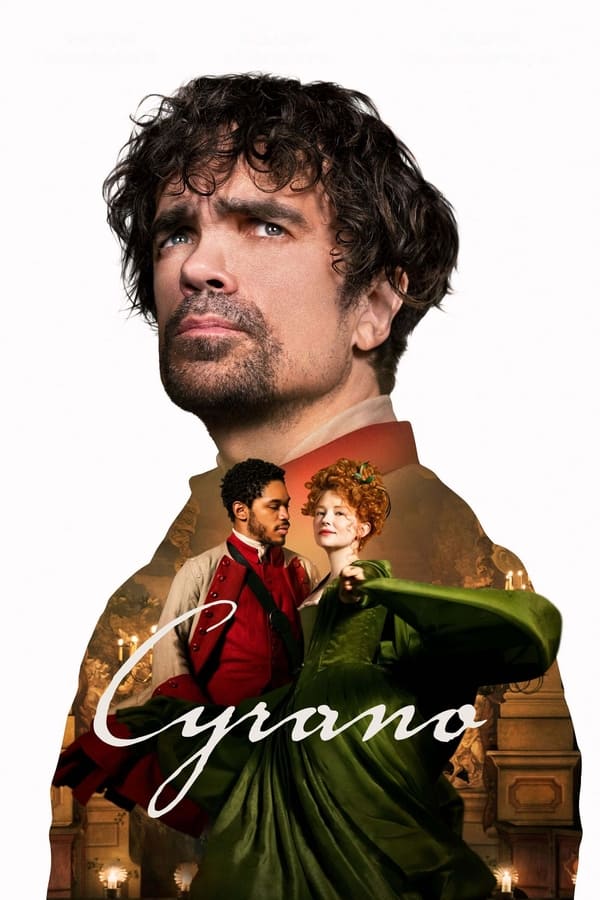 This is perhaps one of the hardest reviews that I will have to write in 2022. See very few films have ever divided me the way that Cyrano has. The first half of the film I’ll admit I could take or leave, at times to me it felt like the film was floundering. But then at the halfway mark of the film it felt like it suddenly found its feet and I thoroughly enjoyed it. Hence, why I am finding this a difficult film to write about.

Of course the tale of Cyrano has appeared on stage and on screen a number of times previously. Here director Joe Wright (Atonement) teams up with first time screenwriter Erica Schmidt to turn the classic tale into a musical.

Despite the musical interludes not much changes from the original story. Cyrano (Peter Dinklage – Game Of Thrones) is a soldier gifted with his sword-play and also with his poetic words. For most of his life he has been in love with his long-time friend, Roxanne (Haley Bennett – The Girl On The Train) but he has never had the courage to tell her.

Desperate to escape the financial struggle that she has found herself in Roxanne has been forced to court the Duke De Guiche (Ben Mendelsohn – Robin Hood) but then she finds herself falling in love when she meets a young soldier named Christian (Kelvin Harrison Jr. (Monsters And Men).

As Cyrano is finally about to tell Roxanne how he feels she tells him about her feelings for Christian and in a surprise twist Cyrano decides to help Christian by writing letters to Roxanne for him. However, it is a difficult ruse to continue because it soon becomes apparent that Christian is certainly not poetic when he tries to talk to Roxanne.

The story of Cyrano is a captivating one. As you watch this new telling of the story you realise that it is part Shakespeare and part Moulin Rouge in style and plot and it is little wonder that the tortured romantic in all of us finds something to relate to as we watch it.

I loved the fact that both Wright and Schmidt were willing to take risks with this film. The casting of Dinklage is perhaps the biggest risk that the pair took. On one hand he is one of the most recognisable faces on the planet due to his in Game Of Thrones and his physicality makes him perfect to play Cyrano, but a singer Dinklage ain’t. But surprisingly that works in favour of the film. Dinklage covers up the fact that he is not Pavarotti with a performance that would do Nick Cave proud. The result is an alternative singing style that actually makes the lyrics he sings more personable and I will admit that I was captivated whenever he performed.

However as I previously mentioned the first half of the film seems to flounder as it tries to find its felt. The fight sequences during this time seem clunky, which is something that is a real surprise in a Joe Wright film, and at times the plot itself seems to drag. But then all that changes in the second half when the film seems to take on a grittier, dark and more alternative style. Suddenly the film begins to work and the characters seem to come to life on the screen.

I previously mentioned Peter Dinklage’s performance and credit must also be paid to Haley Bennett. She takes her acting to a whole new level here assuming the leading lady position with ease. Her singing is exceptional and her performance exactly what the film needed. At times she is bright and happy and at other times moody and disappointed. She shows with her performance here that she is an actress that can take whatever is thrown at her in a role.

Alongside Dinklage and Bennett Harrison Jnr. also does a fantastic job playing he often confused Christian very well indeed. It is a shame though that Ben Mendolsohn didn’t get more of a chance to do something with his role of The Duke because we all know what a fine actor he can be.

I found Cyrano to be one of those films that grows on you as it goes on. It overcomes a clunky beginning to turn into an alternative musical that captures all the emotion and tension of the original story quite well.