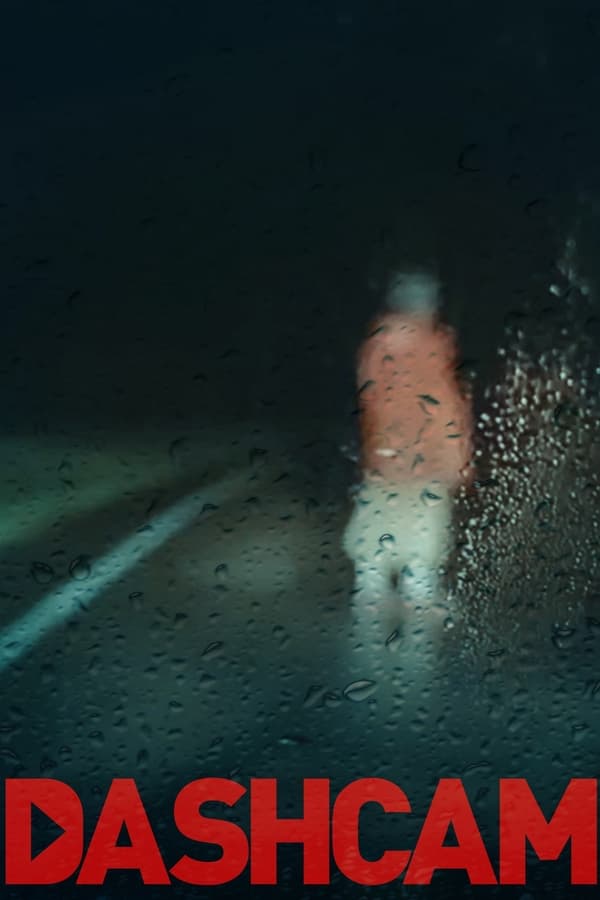 The found-footage sub-genre inside the horror genre has always been a somewhat interesting prospect to explore. When done correctly I have found it is a type of film that can completely take its audience into the world that it is exploring and make them feel like they are right there alongside those that are fighting for their lives. But when done incorrectly it can feel like you are watching someone’s VHS footage that should be hidden away in an attack and never seen again.

With that in mind I actually found myself feeling pretty nervous when I sat down to watch Dashcam for the first time. Just to make things even more tense I found myself watching it in a cinema with just one other scary dude that actually looked like he could have been a villain in a Wes Craven film. But that was all pushed aside very quickly once Dashcam started because I soon found myself experiencing what happens when found-footage films work – yes this film conjured up the same feelings and emotions that I experienced when I watched The Blair Witch Project in a cinema for the first time.

Directed by Rob Savage (Host) Dashcam follows a moment in the life of Annie (Annie Hardy – I’m Here) a loud-mouthed, opinionated American who has found fame by hosting the world’s most successful in-car impromptu music show vlog. In other words Annie drives around in her car with her phone broadcasting her to her loyal fans while they feed her topics to rap about.

Tired of the mask-wearing mandates and lockdowns she is experiencing during the Covid-19 pandemic in America Annie decides to pack up and head to the UK to spend time with her former band-mate Stretch (Amar Chadha-Patel – Aladdin).

However that reunion does not go well with Stretch’s partner Gemma (Jemma Moore – Wonder Woman) soon becoming tired of Annie’s bad attitude and brash behaviour. Annie then in turn pisses off Stretch by going on an anti-mask rant when she is asked to mask up while accompanying him while he works.

Annoyed at their ‘libtard’ behaviour she decides to steal their car and head out into the night herself. But that soon takes a turn for the worst when she decides that her adventure will be doing Stretch’s food delivery driving job which leads to her having to give the mysterious Angela (Angela Enahoro – first time performance) a lift.

I found Dashcam to work on some pretty weird levels. To be honest I hated the character of Annie and everything she stood for. Her attitude was abhorrent and my hatred for her increased even more when she left her cat behind when she moved out. By the time she had shown her distain for Stretch and Gemma I was hoping that she would die a horrible death, yet for some strange reason I still found myself eager to find out what happened her.

In a smart move director Rob Savage and his co-writers Gemma Hurley (Host) and Jed Shepherd (Ghosts) soon have Stretch going along for the ride with Annie – that gives the audience at least one character that they care about so much that they don’t want to see get killed. In fact the writing team do a lot of smart things with this film. I loved the fact that the film was so damn creative, from the audience being able to see Annie’s audience messaging her on screen for most of the film right through to the fact that this is one found-footage film where the creative team hasn’t forgotten that just like the characters at hand the audience watching the film should also be kept in the dark about the horror they are experiencing.

The team behind this film also take a lot of risks that pay off throughout the film. I loved how graphic and realistic the car accidents look during the film and I love the fact that they keep the mystery around Angela and what is happening to her all throughout the film but allow enough pieces of information to drip-feed through to the audience so they can form their opinion on what is happening.

Acting-wise I have to say this film is brilliant. Annie Hardy and Amar Chanda-Patel are fantastic at keeping their natural style of acting going for the entire film. No matter what people’s thoughts are on found-footage films they have to admit that this style of acting is not easy – and here Hardy and Chanda-Patel take it to a whole new level.

Dashcam is a film for all the true horror fans out there. Some of the scenes throughout the film are pretty graphic but at the end of the day the story holds up and this ends up being one of the more intriguing films of 2022.