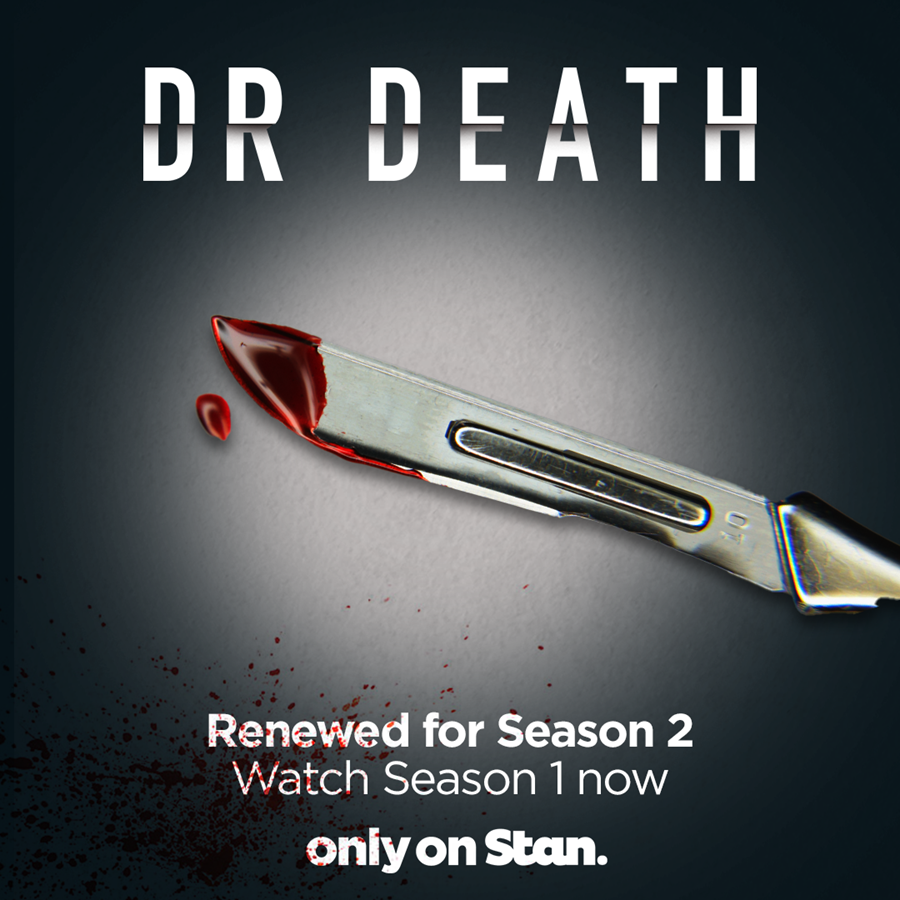 Stan today announced the acclaimed medical true crime drama series Dr. Death has been renewed for a brand new season. The second season of the anthology series will continue to be based on the hit Wondery podcast of the same name and will premiere same day as the U.S. and only on Stan.

The brand new season of Dr. Death  follows Paolo Macchiarini, a charming surgeon, renowned for his innovative operations that earn him the nickname “Miracle Man.” When investigative journalist Benita Alexander approaches him for a story, the line between personal and professional begins to blur, changing her life forever. As she learns how far Paolo will go to protect his secrets, a group of doctors halfway across the world make shocking discoveries of their own that call everything about the “Miracle Man” into question.

“I am so honoured to have the opportunity to expand the Dr. Death universe with this fascinating story,” said showrunner, writer and executive producer Ashley Michel Hoban. “This season, we go global to explore how institutional failure to protect patients is a universal issue, but there are always heroes standing up and fighting for change every day. I can’t wait to share this story of romance, intrigue, complicated characters, and, of course, the eeriness that is Dr. Death with our fans.”

Season one of Dr. Death explored the psyche of disgraced Texas Neurosurgeon, Dr. Christopher Duntsch (Joshua Jackson), who maimed and killed 38 patients over his career. The series was nominated for a Critics Choice Award for Best Limited Series, and named one of the top shows of 2021 by Entertainment Weekly, NPR and more. Dr. Death is certified fresh on Rotten Tomatoes.

The brand new season of Dr. Death will premiere only on Stan.