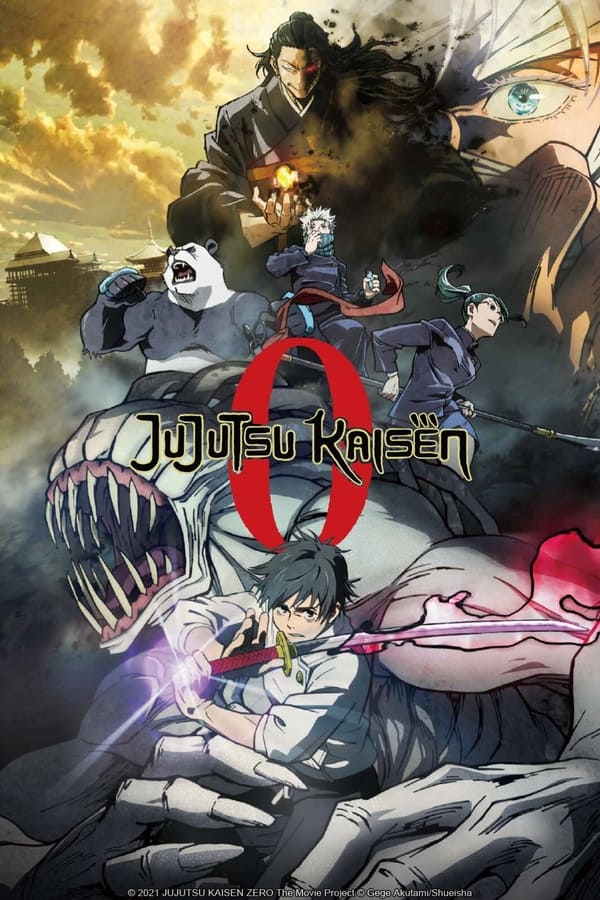 Okay so my love for manga and anime is fairly fanatical so if you are reading this and it feels like I am speaking an entirely different language, I apologise. I also apologise if this turns into something as long as War & Peace, I will try to curb my thoughts to a readable length, but I will be honest I have been like a kid counting down to Christmas ever since I heard that the Jujutsu Kaisen O was being released on the screen.

I thought I was a lucky puppy when it was first announced that this legendary manga series was becoming an anime serious but back then I could only dream that one day these characters that I love would make it to a big cinema screen. Of course with that much excitement building inside me there was also a pretty good chance that I was going to be disappointed at the result… luckily I wasn’t.

For those that are unaware of Jujutsu Kaisen it is a super-natural series that centres around a world where every living being has an energy called Cursed Energy. It is sent out into the world whenever somebody has negative emotions and this fuels Curses – supernatural beings that are determined to bring pain, misery and death to others. To combat Curses you have people known as Jujutsu Sorcerers that have their own special abilities to defeat them.

They are training under the watchful eye of their enigmatic sensei Satoru Gojo (Yuichi Nakamura – My Hero Academia) at a special school for Jujutsu Sorcerers. Their tight friendship group is challenged though when Gojo brings a new student to the school – a loner student named Yuta Okkotsu (Megumi Ogata – Neon Genesis Evangelion) who was responsible for the death of the kids that bullied him at his last school.

Gojo brings Yuta to the school to not only train him but to get to the bottom of the curse, Rika (Kana Hanazawa – Tokyo Ghoul) that has attached itself to him.

Now you are probably thinking that there is no way that you could go and understand this film if you haven’t read the manga or seen the anime series. But don’t fear, see I did a little experiment and took along a friend who didn’t even know what Jujutsu Kaisen was and he loved the film.

I found the reason why Jujustu Kaisen 0 is so accessible to new fans is because it is prequel to the orginal series. Director Seong-Hu Park (The God Of High School) and first-time feature film screenwriter Gege Akutami make sure that this film is told through the eyes of Yuta. He is new to this world and because of that the explanations given to him of what is going in is also a great introduction for any muggles in the audience. Likewise the fact that they give us an insight with Yuta’s inner thoughts sometimes spoken allowed often mirrors what the audience are thinking as well… especially when it comes to the erratic behaviour of Gojo.

Having said that though I do need to stress that if you are a fan of the series or the books you will get a lot of ‘special’ moments out of the film. Characters turn up at times that will certainly having you gasping or oohhhing in your seat and I found that there are just enough new characters and old favourites to keep everybody happy.

Plot-wise this film is sensational, it captures the magic of the manga and the series remarkably well and you can’t help but find yourself becoming emotionally attached to the characters on the screen despite the fact they are animated. This is a story that will take you through an emotional-wringer though, you will feel the sadness of the characters at times and then sometimes you will find yourself laughing especially at Panda’s lines when he realises that perhaps a romance maybe developing between two characters.

The super-natural element is also shown well on screen and I have to credit the team for being able to juggle a major battle that is having in three different locations without ever losing their audience… sometimes even Marvel struggles with that.

The power of this film though is the characterisation. I’m sure everyone will sympathize with Yutan and some of the characters here are so well created that you can’t help but find yourself feeling for them even if they are doing the wrong thing at the time.

Jujutsi Kaisen 0 is one the best action driven animes that we have seen on the big screen for quite awhile. With strong visuals and a deeply emotional and moving screenplay this ticks all the boxes for both long-time fans of the series and those exploring it for the first time. And if you are still not sure if this is something you will like or not I will close with this – if you love Harry Potter and X-Men then you NEED to go and see this!