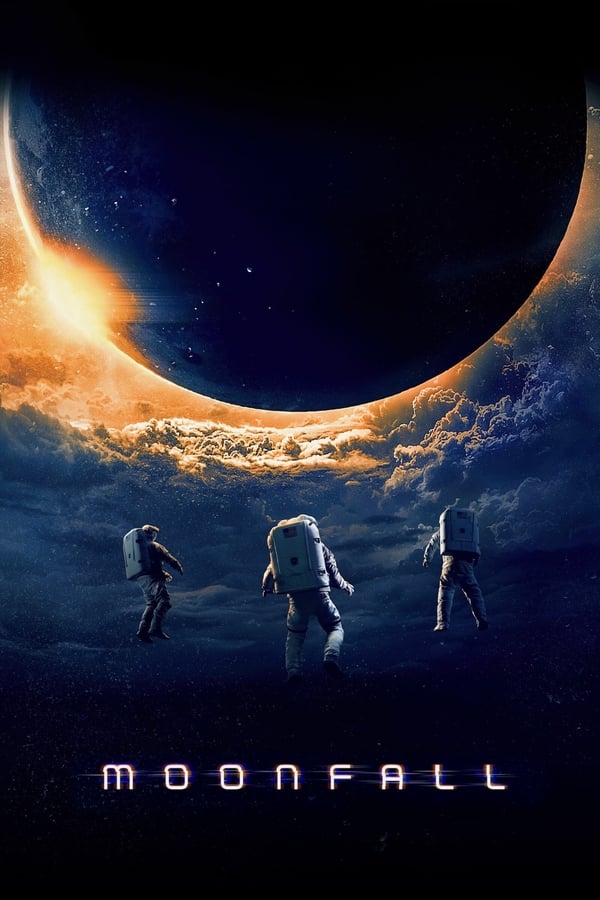 You really have to wonder what the Earth has ever done to director Roland Emmerich. With the movies that he has penned and directed over the years it feels like Emmerich is always thinking of ways to destroy the planet that we live on. From creature feature Godzilla, to alien warfare in Independence Day and doomsday films 2012 and The Day After Tomorrow Emmerich has brought planet destruction to the big screen on a number of occasions. Now he is at it again with the epic Moonfall.

The film begins with a disastrous space-walk for astronauts Brian Harper (Patrick Wilson – The Conjuring) and Jocinda Fowl (Halle Berry – Catwoman). When they come under attack they nearly lose their lives but worse still is the fallout. Harper claims that they were attacked by a swam of ‘something’ but when questioned about the event Fowl denies it.

The story then picks up years later with Harper now disgraced and his marriage over. Meanwhile Fowl has risen through the ranks at NASA and is now highly regarded in her field. They haven’t spoken for years but they are suddenly finding themselves having to work together after Fowl’s team notices that the moon as behaving erratically, causing havoc on Earth, and Harper is confronted by a young ‘astronaut wannabe’ named Houseman (John Bradley – Game Of Thrones) who claims the moon is a machine built by aliens.

Moonfall tries to desperately be something special but sadly is held back by some small things that really should have been ironed out before the film ever reached the big screen. The story itself is interesting enough and the sci-fi element is sheer brilliance (more on that later) but the film is held back by some cheesy and over-written dialogue. Then there are the green screen scenes that just seem to be lazy, such as Harper arriving at the Observatory in Los Angeles. You can understand why green screen would be used for some of the scenes set in space but a mundane scene like the one just mentioned should have been shot for real.

What works amazingly well for this film are the scenes that are set in space but it feels like Emmerich doesn’t realise that. Instead he brings in a storyline that involves Harper’s son, played by Charlie Plummer (Word On Bathroom Walls), and his wife’s new partner (Michael Pena – American Hustle). To be honest the audience never really becomes emotionally involved with that sub-plot or those characters and it really seems to do is take the focus away from the most suspenseful part of the film – what is happening in space.

It is the scenes in space that make this film watchable. The sci-fi twist that occurs in space is creative, engaging and depicts a look and feel that lifts this film to another level. In fact in some ways that element of the story (which we won’t spoil here) is actually better than the storyline that we saw in Promethius.

What also makes these scenes so special is the way that Wilson, Berry and Bradley combine to create a very special ensemble performance. Wilson is normally great in everything he does and here he embraces the opportunity to be an action hero. It is a role that seems to come naturally to him and for once we see an ‘action star’ who actually does have a dramatic range.

Berry also seems to take a step up with the scenes set in space. Gone are the cheesy bits of dialogue that seem to trip her character up when she is on Earth and then there is Bradley who embraces his opportunity on the big screen and brings together the right mix of comedy and drama as he portrays a character who is easily the most interesting in the film. It is a shame that there are things that hold Moonfall back from becoming a great film because the story that is at the heart of this film is nothing short of sci-fi genius. Moonfall will be enjoyed by those that just want to watch a big, dumb action film but be prepared for those scenes that will make you groan and think ‘what the hell was that.’