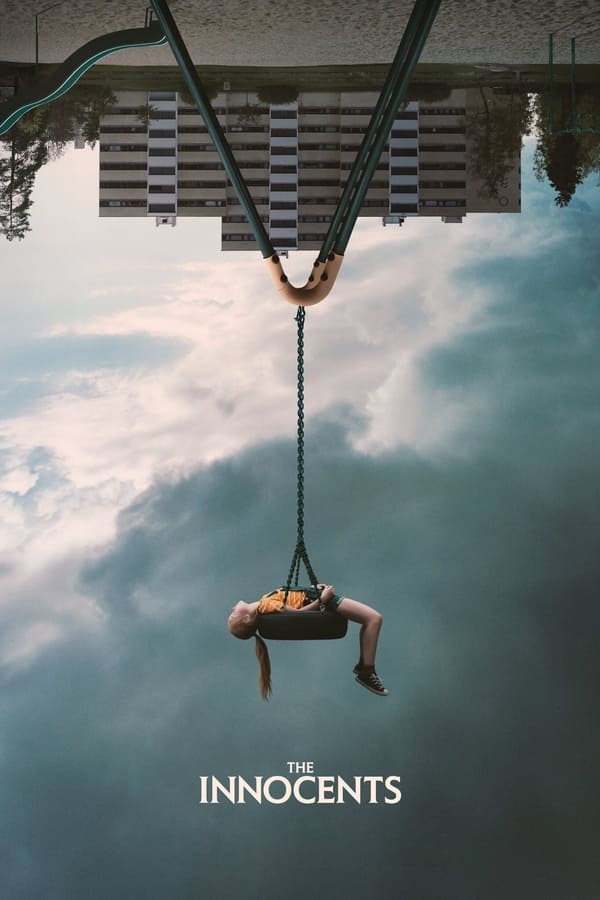 Okay now I am going to sound like a grumpy old critic here – but in my opinion horror films have become horribly tame over the past decade or so. Go back to the 1990s and there were commercial horror films that would frighten the socks off most cinema audiences these days. It is for that reason that I have been so impressed with recent offerings like Firestarter, Hatching and the latest season of Stranger Things. For once, and I am going to sound like a sicko here, we are seeing modern day horror directors pushing the envelope and once again giving their audiences nightmares.

Following on from these daring modern filmmakers we now have Eskil Vogt (Blind) giving us the particularly nasty The Innocents. Actually no, scrap that, The Innocents isn’t just nasty it is downright savage.

The film itself is told by the point of view from a young Norwegian girl named Ida (newcomer Rakel Lenora Flottum) whose move to a brand new city is made even harder by the fact that her parents expect her to take a role in looking after her non verbal autistic sister Anna (newcomer Alva Brynsmo Ramstad). Frustrated with having to look after Anna Ida often relieves that tension by doing the unthinkable – hurting Anna in various ways knowing full well Anna cannot voice how much pain she is in.

Ida’s new surroundings soon lead her to meeting the deeply disturbed Ben (newcomer Sam Ashraf) who is even crueller than Ida and is slowly learning about his mystic powers. They then also meet the much kinder Aisha (newcomer Mina Yasmin Bremseth Asheim) who soon learns that she has a psychic connection with Anna – giving her a way to once again be verbal.

Together the foursome try to explore their special abilities further but while some are eager to help each other one in particular is hellbent on using their powers to be cruel and devious.

Although brilliant I have to say that The Innocents is not an easy film to watch. Scenes of Ida and Ben hurting Anna are difficult to watch as is a scene where a poor innocent animal becomes another of Ben’s victims. On one hand Eskil Vogt should be applauded for being a filmmaker that is willing to take his audience to a dark place in a bid to his story but on the flipside I have to say that even as a hardened horror fan I did at times find myself looking away from the screen because I couldn’t bring myself to watch the cruelty that was happening in front of me.

If, as I suspect, Vogt’s aim with this film was to show that the old fashioned saying of ‘the innocence of children’ is indeed a fable then he certainly gets his point across. The darkness that he allows the film to delve into never allows the audience to fully settle. You are constantly aware that something terrible is going to happen – you just don’t know when or who to. Yes, if you want something with intense suspense then The Innocents is certainly the film for you.

Vogt also brings out the best in his cast. It is surprising that all of the young members of this cast are newcomers to the acting world because they are brilliant in their roles no matter how harsh or intense the scenes that they are portraying.

So good is Alva Brynsmo Ramstad’s portrayal of the autistic Anna that it is kind of insulting that her name didn’t surface around awards season and she certainly shows that she is an actress with a big future ahead of her. Likewise Rakel Lenora Flottum is a natural gifted acting talent while Sam Ashraf needs to be congratulated for playing such a vicious and memorable villain at such an early age.

The Innocents is not a particularly easy film to watch but it is also a piece of sheer cinematic brilliance. It makes a comment on the youth of today while continuing to take its audience out of their comfort zone. Both the cast and director Eskil Vogt are people to look out for in the future.