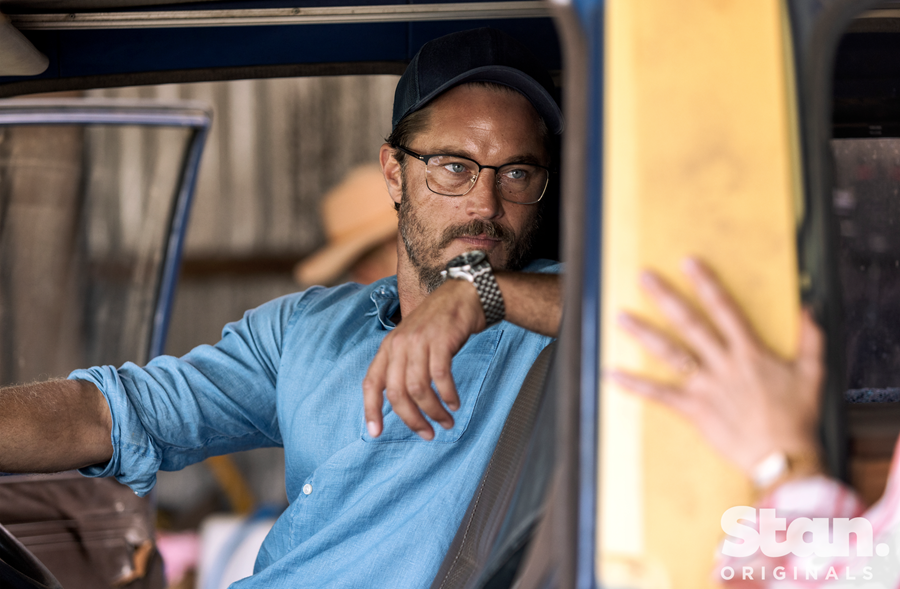 The series, produced by Goalpost Television, is created by Lucas Taylor (Harrow), writing alongside Boyd Quakawoot (Black Comedy) and Beatrix Christian (Jindabyne). Directed by Sian Davies (Stan Original Series The Gloaming) and Matthew Saville (Please Like Me) and shot by Murray Lui (Top End Wedding), the series is produced by Goalpost’s Rosemary Blight (The Invisible Man), alongside Lois Randall and Kaylene Butler.

The Stan Original Series Black Snow combines the character-driven storytelling of a coming-of-age drama with the gripping mystery of a classic whodunit to create a unique series that is deeply rooted in its North Queensland setting. In 1995, seventeen-year-old Isabel Baker was murdered. The crime shocked the small town of Ashford and devastated Isabel’s Australian South Sea Islander community. The case was never solved, the killer never found. But in 2020, the opening of a time capsule unearths a secret that puts cold-case Detective James Cormack (Travis Fimmel) on the trail of the killer.

Black Snow acknowledges the traditional custodians of the lands on which the series is being produced, including the Ngaro Gia and Juru people of the Birra Gubba Nation, and the Australian South Sea Islander community and their significant place in Queensland’s history.

Stan Chief Content Officer Cailah Scobie said: “Featuring a phenomenal cast led by Vikings star Travis Fimmel, Black Snow promises to be a landmark addition to our growing slate of homegrown Stan Originals. Our thanks to the extraordinary team at Goalpost Television and our partners at Screen Australia, Screen Queensland and Screen NSW, alongside the Australian South Sea Islander community of North Queensland, without whom this outstanding series would not be possible.”

Goalpost Television’s Rosemary Blight said: “It’s a privilege to be making this exceptionally crafted drama alongside the Australian South Sea Islander community of North Queensland. We have an incredibly talented creative team lead by creator Lucas Taylor and directors Sian Davies and Matthew Saville and a wonderful cast that combines the experience and stature of actors such as Travis Fimmel with exciting new discoveries such as Talijah Blackman-Corowa and Jemmason Power.”

Sundance Now VP of Programming Shannon Cooper said: “Travis was meant to play Detective Cormack and lead this exceptionally strong cast as they help tell this gripping story. We’re excited to work alongside our long-time partners at Stan as well as Goalpost Television and All3Media International as filming gets underway, and we’re thankful for everyone’s diligence in cultivating a trusting and fruitful relationship with the local communities as their support is invaluable.”

Screen Queensland CEO Kylie Munnich said: “We’re proud to support Black Snow through Screen Queensland’s Screen Finance Program, and previously during its development through our Ideas Program in 2020. Screen Queensland is deeply committed to empowering and uplifting diverse voices, and we look forward to seeing this powerful series come to life, currently filming in North Queensland.”

The Stan Original Series Black Snow is currently in production.