New suspense-thriller “Allied” is one of those films that has risen to notoriety before its release not because of what critics have been saying about the film but because of the rumours and innuendo that have surfaced about its stars – Brad Pitt and Marion Cotillard. With all of those stories circulating it seems that everybody forgot that for the third time, Pitt was starring in a fairly decent war film.

Pitt’s co-star Marion Cotillard says it only took her reading through the script to realise that this was a film that she certainly wanted to do. “When I read the script I wanted to see the movie,” she says grinning. “I thought that it was such a beautiful story. It was a mix of a very entertaining film and very deep emotions and questions about love; it’s really a beautiful, beautiful love story and it has this spirit of ‘old movie’ about it and knowing that it would be directed by a visionary like Robert Zemeckis made the project even more exciting. It is at the same time very entertaining and it talks about what are you choices in an extreme situation like the war, especially when your work is being a spy and you are pretending that you are somebody that you are not. In the beginning of the movie both of us are spies and they don’t know anything about each other and they pretend to be this loving couple and it is going to turn into this very extreme situation that the war creates, so part of the movie is very entertaining and part of it is very serious with all the questioning about choices and all the questioning about love.”

Cotillard also admits that one of the reasons that she was attracted to making Allied was because she was a huge fan of the film’s director, Robert Zemeckis. “He was really part of my desire to be an actress,” she says thoughtfully. “I’ve watched all of his movies, and I knew what he wanted to tell with this story because when we first met, he said ‘I’m not used to telling love stories like this one, this is really new for me.” It was very exciting to see him be so honest and so committed to doing something that he is not used to delivering and he was so good at it, all the questions that we had, all that we shared during the preparation time that we had. We had little more than two weeks where we all sat together, with Brad Pitt, with Robert, with Steven Knight who had written this amazing script, and to have this period of time where we could get to know each other, get to really understand what we wanted to tell with this movie was really fascinating and I was really fascinated by Robert on set because of all the movies that he had directed already and all the special effects that he has been part of creating. He has really changed cinema with what he has done and the movies he has done. So yeah I was in awe a lot and really fascinated by the way he directed this one.”

When it comes to the man himself, Robert Zemeckis, he says it was the characters that really drew him to want to direct Allied.

“What I really liked about the project when I first read the screenplay was that this story had these two unbelievably well-written characters. These two characters were very complex and very passionate, that was what I was drawn to. The way that the screenplay was written so elegantly and these characters just really, really jumped right off the page, and that really attracted me as well. I think the question at the heart of the film is one that is universal, a universal question, which is – does love trump all? Is love the key driving emotion in everyone’s life and what happens when you love somebody and the circumstances get very, very complicated and what choices should we make?”

“Those questions are all very universal and have been there all through time, and they are the ones that I think are very dramatic and very interesting. That is one of the things that I like to do and one of the things that I think cinema does very well and that creates tension and suspense. It is interesting in this movie that the tension and suspense come from the emotions of these two characters, and this incredible passion that they have for each other in these circumstances that are very, very complicated and dire. To have that much tension and suspense come from within characters was a wonderful challenge for me and something that I enjoyed doing.”

Zemeckis also seems genuinely excited when he gets to talk about having to recreate the past for the film. “I did a lot of research,” he explains. “It’s one of the things that movies do really well, they can evoke and re-create past periods of time and the way that you do is you do a lot of research and look at a lot of photographs, a lot of footage – a lot of historical footage – and then you talk to people that really know – people like historians – what was going on. We were lucky on our film because the Imperial War Museum were our consultants, so we had great people surrounding us.”

This leads to being asked what was it like working with two of the biggest movie stars of current day – Brad Pitt and Marion Cottilard. “Working with both Brad and Marion was a real thrill because they were both professional and very focused and very hard working. Brad also a very good attention to detail and I was very impressed that he went down so deep and gave such an emotional performance, one that I had never seen him do before, so that was a thrill. Marion is amazing, I mean she is one of the best and greatest actresses that I have ever worked with. She is one of those actresses that can make anything work and she pays such close attention to her character and does an amazing amount of work on her own preparing, so when she comes onto the set, she is ready to deliver and does.”

Allied is in Australian cinemas now. 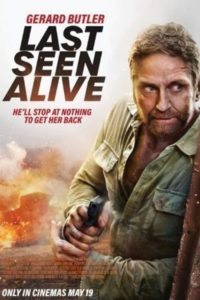 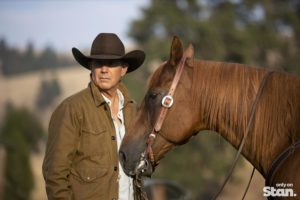 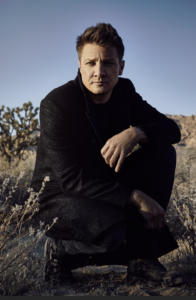 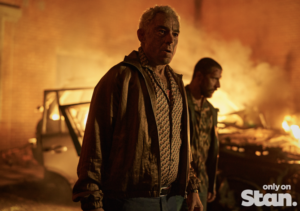 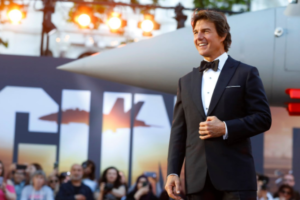