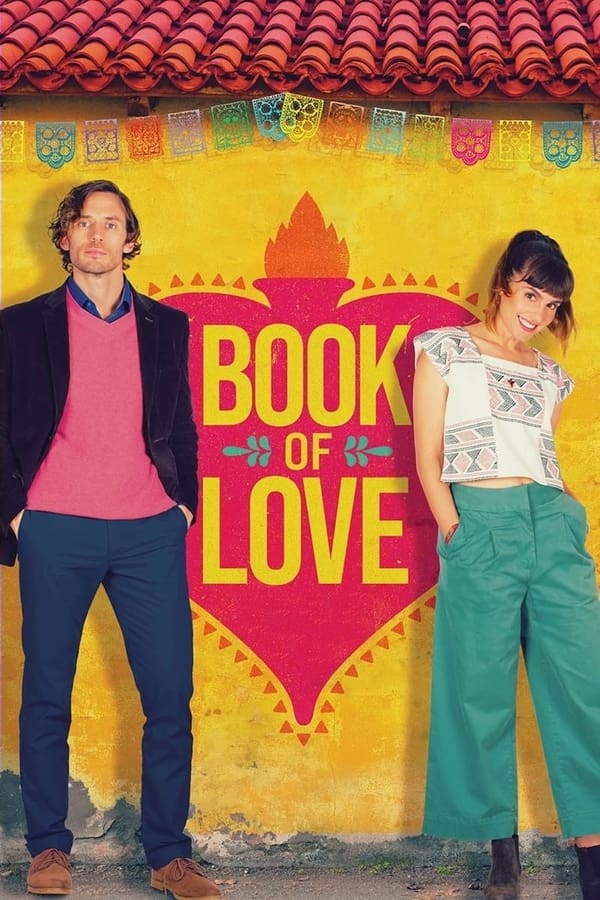 Love is universal! Although the type of universal love that Hollywood has been talking about in romantic comedies over the years has often been pretty unrealistic – honestly when has anyone ever landed in an different country and found everybody, including the person they like, all seem to speak one language. That finally has been addressed in brand new romantic comedy Book Of Love.

Directed by Analeleine Cal y Mayor (Treading Water) the film revolves around a young British writer named Henry Copper (Sam Claflin – Me Before You). Henry has written a romance book that he loves, but it seems like he is the only one because the book is not selling largely due to the lack of ‘sex’ in it. Despite the feedback Henry is still convinced that romance and sex should never be mixed together.

With the book virtually being given away in bookstores in the UK Henry finds himself called into the offices of his publisher, Jen Spencer (Lucy Punch – Into The Woods), where he is expecting to be fired. Instead though he is told that he is book has become a bestseller in Mexico and he must leave straightaway for a whirlwind press tour.

On arrival in Mexico Henry discovers that he is a superstar and suddenly he must have to deal with things such as social media and fans everywhere he goes. However, after meeting Maria Rodriguez (Veronica Echegui – Trust), and seeing how worked up the people become that have read his novel Henry soon begins to realise that the translation of his novel maybe a little different to the English version.

Book Of Love does have its moments and to be honest the characters of Henry and Maria are very, very likable but the thing that sets this film apart from most other romantic comedies is the fact that the director and screenwriter David Quantick (Veep) have attempted to make the film so natural that it is in both English and Spanish. When Henry arrives in Mexico he quickly realises that there are very few people that he can actually converse. So important is that to the plot of the film it becomes a central theme of the film and also provides a great deal of laughs as Henry tries to converse with people including Maria’s son.

While there is a lot to like about Book Of Love, including some of its witty dialogue, the film does have its flaws. There are moments that are so cheesy you will groan, wait until you see the poor acting when Maria’s ex-husband, Antonio (Horacio Garcia Rojas – Narcos: Mexico), is hit in the head with a book, and of course if you have seen enough of these films you will be able to pick the ending off a mile away.

But the film is still a fun ride as it plays out to get to that ending. As was mentioned previously both Henry and Maria are likable characters and you find yourself wanting to see them get together from the first moment they meet.

Quantick’s screenplay also surrounds the two with interesting enough characters. Antonio is a clichéd villain but still a villain that you will hate. Then there is Henry’s Mexican publisher who again is a walking cliché but still manages to pull the laughs. Mainly though the likable parts of this film play out between Henry and Maria and Henry and Maria’s young son – and it those moments throughout the film that keep the audience interested. And for the laughs – well they do come frequently during the film but are mainly from the many, many Mexican fans that will do or say anything to spend time with Henry.

Book Of Love does have its flaws but for the most part it remains a likable film. The filmmakers behind it need to be congratulated for having the courage to create a bilingual film because that in itself brings a realism to this film that makes it lovable.