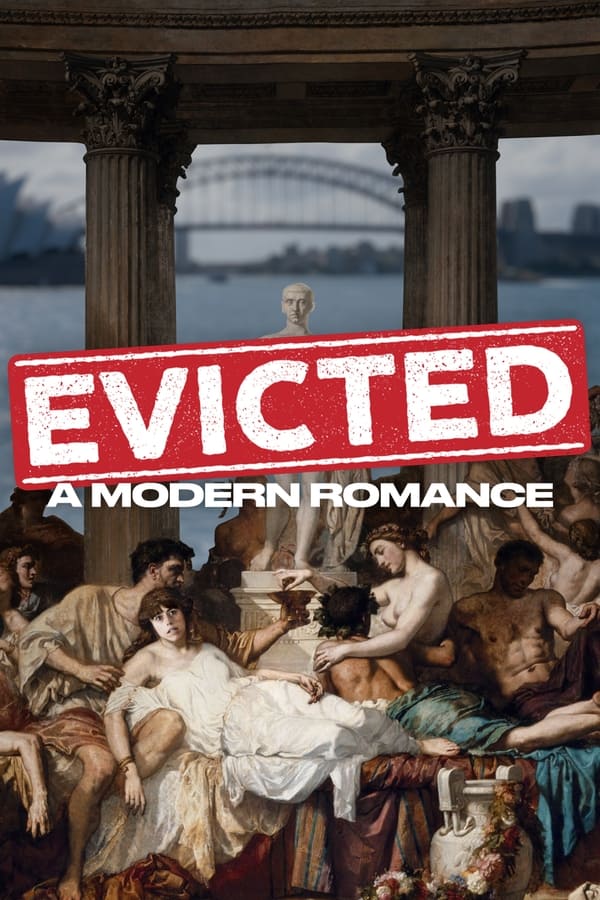 One of my favourite television shows to ever air was The Secret Life Of Us. Prior to it airing in the late 90s most of the television shows that I had watched had been either sci-fi/fantasy or about people in jobs that I couldn’t relate to – police officers, fire fighters, pilots etc.

But then came The Secret Life Of Us a show about a group of people that were… well like me and my friends. They lived in Melbourne, had no special abilities and faced everyday things like crushes, heartbreak, mundane jobs, housemate issues and the ever present being short of cash to pay the rent. I felt at home watching it because I could relate to it and that feeling recently came back when i sat down to watch Evicted! A Modern Romance.

The film centres around hour housemates living in Sydney. There is the recently unemployed Maggie (Amanda Maple-Brown – Home And Away), on-again off-again couple Isabelle (Rose Haining – Peach) and May (Clare Cavanagh – Prank You Very Much) and gig-worker Will (William Suen – The Dinner Party). They all live their independent lives, although Maggie and Will like to crash in front of the same old-style ninja TV show, however those lives are thrown into turmoil when they are suddenly evicted from their rental property.

At first they believe it will be easy to find a new home but they soon realise that the Sydney rental market is not like it used to be. Most homes are unsuitable or out of their price range and meanwhile each of them find themselves thrust into some interesting situation and positions in their everyday lives which make the search even more important yet difficult.

Directed and written by Rowan Devereux (Peach) Evicted! A Modern Romance has a wit and charm to it that so many movies these days seem to lack. The screenplay allows the film to go into some pretty deep territory as it explores the seriousness of the Australian housing issue, unemployment and what is like when you have invested yourself into a loveless relationship. Despite the deepness of the film Devereux allows the film to also have a playfulness and wit that doesn’t get in the way of the story at hand and instead enhances it.

The film’s biggest weakness is probably that it is over-long but I found that I was willing to overlook that due to the fact that the film allowed me into the lives of the characters that we were watching. What I also found interesting was the fact that I would find myself drawn into the more serious scenes between Isabelle and May and then the next moment find myself laughing at the characters that are there for comedic relief – like Marcus (James Fraser – The Water Diviner). Few films have the power to mix drama and comedy together so well so Devereux needs to be congratulated for that.

The screenplay also allows its cast to shine. Rose Haining shines as the pained Isabelle while Amanda Maple-Brown reveals herself to be a future Australian cinema star, she is someone that Hollywood will soon beckon to, there is no doubt about that at all. I also loved the work of William Suen who shows that he is an actor who can handle both dramatic and comedic scenes equally as well and I hope to see more of him on the big screen soon.

I found Evicted! A Modern Romance to have the right mix of quirkiness and drama. Often these kinds of films can go too far one way or the other but the result here suggests that Rowan Devereux is going to become a very important director/screenwriter in the Australian film industry. This is a must see for those that like good Australian cinema.