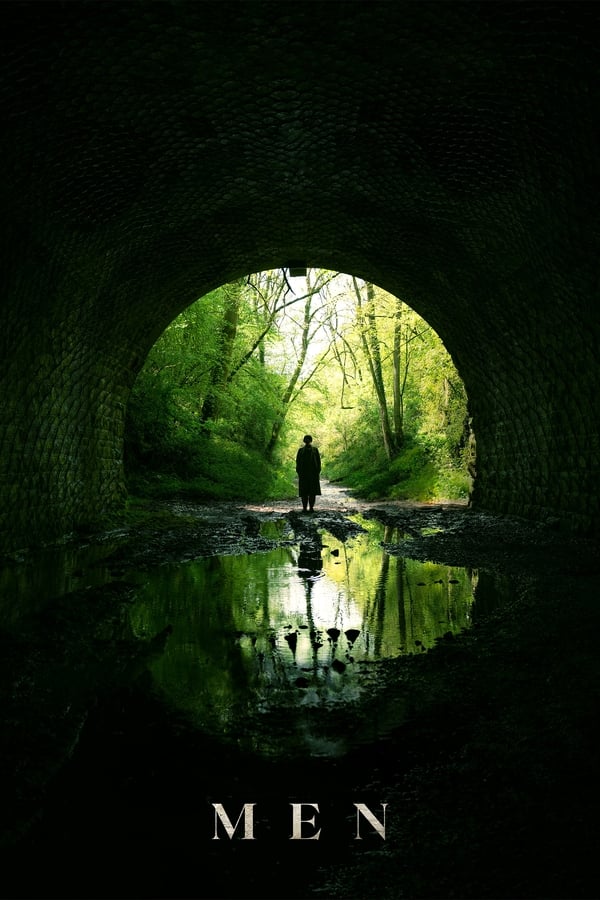 When you work as a film journalist you are going to come across some pretty disappointing films from time to time. You are always going to get the odd bad film but I think a film really becomes disappointing when you are expecting a lot from it.

That was certainly the case for me with Men. Not only was I looking forward to seeing a good horror but the film’s director/screenwriter, Alex Garland, is like a God to me. His novel The Beach encouraged me to travel halfway across the world to discover the beach that he was writing about, while I have loved every single film that he has either written or directed. With all of that in mind as you would expect I was going into Men with some pretty high hopes and they pretty soon all came crashing down.

The film itself centres around Harper (Jessie Buckley – Wild Rose) a woman who is an emotional mess after witnessing her husband, James (Paapa Essiedu – Gangs Of London), whom she was in the middle of divorcing kill himself in front of her.

Encouraged by her friend Riley (Gayle Rankin – The Greatest Showman) Harper heads away to spend some time at a nice country manor where she is greeted by the over-friendly and kind of creepy owner, Rory Kinnear (Skyfall).

However, her country visit isn’t as peaceful as she thinks it will be as soon she is finding herself coming face-to-face with a naked man whom she has to call the Police on and other creepy characters including the clearly disturbed Samuel (Zak Rothera-Oxley – Watchmen). The one thing all of these characters seem to have in common is that they terrify Harper and seemingly could do physical harm to her.

I found Men to be a film that is going to be hard to win over an audience. In the beginning when the film is about a woman finding herself stuck in a village full of freaks it works. At that time the film even gets its moral point across as well – every male character in Harper’s life is or has been an asshole. That comes strongly and works but the film then falls apart complelty when Garland decides to push that point even further and takes the film into some weird and experimental forms.

It feels like Garland has done something here that has never happened in any of his films before. It seems like he so eager to get the point across that he forgets that you can go so far that you can lose your audience. For the first three-quarters of this film it is believable, as an audience you are right there with Harper and full understand her pain and fears. But when the subtext that has been bubbling away under the surface for most of the film suddenly explodes onto the screen in some scenes that can only be described as weird and macabre suddenly that realism is lost. Suddenly I wasn’t in Harper’s world anymore and I instead was aware that I was watching a film in the cinema. With that realism gone so was my connection with the film.

I have to say what saves this film are the acting performances. Jessie Buckley is exceptional as the damaged Harper and I know I have been saying this since Wild Rose but she needs to be cast in more films. Likewise Rory Kinnear was outstanding not only as the creepy owner of the manor but also in the range of other characters that he plays in Harper’s nightmare world. Without him I would say this film could have been a lot, lot worse.

While a fan of films such as Midsummer I fail to see how some people can be likening Men to it. Midsummer is a cinematic classic where as Men trips itself up and ends up becoming a film that I can’t wait to forget.