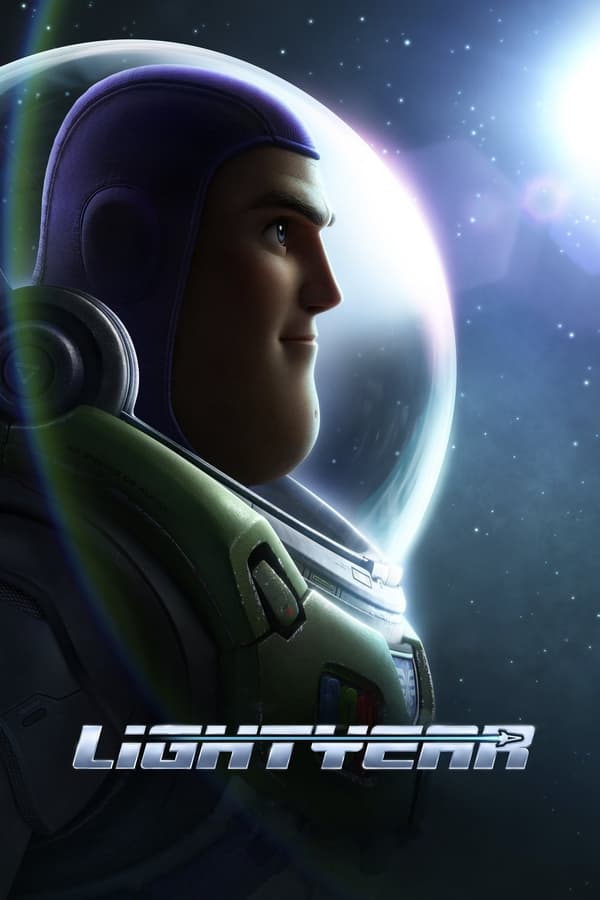 Lightyear is perhaps the origin story that you never knew you needed. When you consider that the now famous Buzz Lightyear was in fact one of the original toys in the Toy Story you would have to wonder how Disney and Pixar could make an origins story for him. But as the class saying goes where there is a will there is a way and the result has been Lightyear a film that this week we have learnt has become one of the most controversial films of 2022.

Directed and written by Angus MacLane (Finding Dory) Lightyear is supposedly the film that Andy, the main character from Toy Story, had just watched way back in 1995 when he asked his mother to buy the Buzz Lightyear toy for him.

That film’s story finds Buzz (voiced by Chris Evans – The Avengers) proudly working as a Space Ranger alongside his partner Alisha Hawthorne (Uzo Aduba – Mrs. America) as they investigate a recently discovered planet. However, when they find themselves being attacked and then crash-land as they try to escape themselves and their crew find themselves stranded.

In the years that follow Alisha tries to build a civilisation on the planet while Buzz tries to experiment with a number of ways to leave the planet. That eventually leads to him having to lead a rag-tag group of ‘space rangers’, that includes the brave but unsure Izzy Hawthorne (Keke Palmer – Hustlers), the criminally minded Darby Steel (Dale Soules – The Messenger), the nervous and out of his depth Mo Morrison (Taika Waititi – JoJo Rabbit) and a robot cat called SOX (Peter Sohn – Monsters University) in a bid to protect the planet from a ruthless invader named Zurg (James Brolin – Traffic).

Lightyear is kind of a strange film. It seems like it should be a film for children but a lot of the storyline and themes seem like it has taken a leaf out of the Anime playbook and is aimed for an older audience. There is of course the same sex kiss between Alisha and her partner but even that aside the dialogue between the characters seems to be aimed at an older audience while the time travel element of the film will go right over the head of most younger audience members.

In fact to be honest the whole time travel story that pops up three-quarters of the way into the film seems very redundant. First of all it is the simplicity of the first half of the movie that makes it warm to its audience and the time travel twist not only completely ruins that but it falls on its own face and makes no sense when you really think about it. It actually leaves a bit of a sour taste in the mouth of its audience which is a bit of shame because the first half of the film is a sweet delight.

The film actually works better when it is a simple fight for survival by the main characters. Buzz and the team that surrounds him and all likable, okay SOX actually steals the show and is a merchandise dream, and as an audience you not only find yourself rooting for them – you actually do like them. Each character has their own traits that make them feel special and McLane and Jason Headey’s (Onward) screenplay allows for some witty dialogue that provides laughs amongst the action ensuring that the first half of the film is a pleasurable experience.

The film is so intriguing at times that you are willing to overlook that even though the film was supposed to have been made in 1995 its animation looks nothing like the cartoons of the 90s but it is virtually impossible to overlook the poor plot turn as it becomes a time travel movie with a story that makes no sense. The best way to go into this film is to expect a finale that is going to be a bit of a fizzer.

Lightyear is well worth a glance if you a big fan of the Toy Story franchise but you do quickly realise that it could have been a lot better. The fact that the first part of the film is so much fun and action packed makes you wonder why the creative team went in a whole different direction for the later parts. It ends up being an okay film with a really disappointing finale.

Lightyear is currently screening in Phuket and is rated ‘G’.