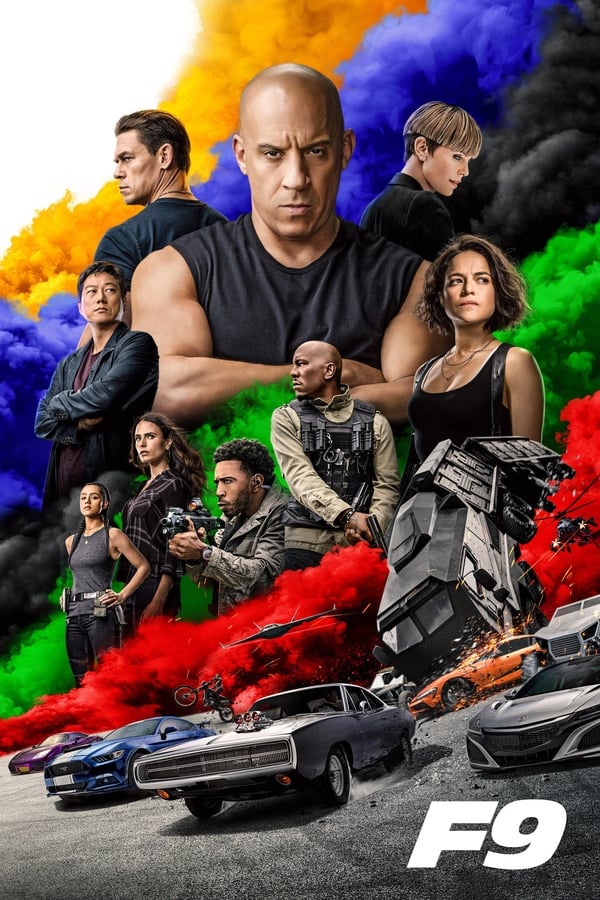 Over the years I have never really hated any of the films, sure there have been some that I have enjoyed more than others but I have even found things to like about 2Fast 2Furious and Tokyo Drift which others have described as weaker films in the franchises. What I found this time is that while F9 may not be my favourite in the series it is certainly up there with the best.

This time around the film open with Dom (Vin Diesel) and Lettie (Michelle Rodriguez – Avatar) are living a quiet country lifestyle with Dom’s son. That quiet life is quickly pushed to the side though when Roman (Tyrese Gibson – Transformers), Tej (Ludacris – Crash) and Ramsey (Nathalie Emmanuel – Game Of Thrones) shows up with an encrypted message from Mr. Nobody (Kurt Russell – The Hateful Eight) asking for the group’s help.

After viewing the message himself though Dom soon realises that this isn’t going to be a simple search and rescue mission because he recognises the work of his arch nemesis – the dangerous  hacker Cipher (Charlize Theron – Monster) and a ghost from he and Mia’s (Jordana Brewster – The Texas Chainsaw Massacre) past – their brother Jakob (John Cena – Bumblebee).

What makes F9 work so well is the same as what has endeared me to this franchise for so long – the film’s have heart and are not just big soulless action flicks. As an audience we have come to know and love Dom, Letty, Mia and their crew and here the screenwriters and director Justin Lin (Fast Five) feed off that.

The fact that this film explores the relationship between Dom and Jakob and even shows the moment that Dom changed from being a teenager into a man in a flash second gives this film a heart and soul that the fans are just going to love. Those flash-backs instantly show the haters that there is still a lot more to explore in this Fast & Furious universe. And the way that they intertwine with the action sequences of the modern day action shows that Lin is a director that knows how to tell a story as well as direct action.

As we have come to expect from this franchise the action sequences here are amazing. Lin once again returns back to more car based action (there is even a joke told about tanks and submarines) with a finale that while out of this world is shot so well that the audience are still able to see it as believable.

My only gripes are that with Jakob and Cipher already in the picture Otto (Thue Ersted Rasmussen – Sunday) almost seems redundant as a villain and that the excuses for Paul Walker’s character of Brian not being around are getting pretty thin, Lines indicating that he is staying at home and looking after his kids while his wife is out battling villains is border-line disrespectful to the character’s memory and you almost wonder whether they would have been better off killing Brian in the franchise after the untimely death of Walker.

All up though F9 is a film that fans of the franchise are going to love, and yes there are a few unexpected surprises thrown in for everyone as well. Casual viewers may find some of the characters confusing given that the screenplay relies on you having seen their character set-ups and storylines in previous films. The action is epic and the heroes are deep and meaningful – once again this franchise has given us all its best.