“We are delighted to unveil this first glimpse at some of the 2018 festival’s incredible program”, says fest founder and veteran programmer Dean Bertram. “The selection encapsulates MidWest WeirdFest’s mission of showcasing a heady combination of the latest and most original horror, sci-fi, underground, and documentary films. We can’t wait for the festival’s audience to journey with us on another twisting, terrifying, and at times hilarious journey through the cutting-edge of this season’s weird cinema.”

Festival passes are now on sale at: www.midwestweirdfest.com. Individual tickets to each film will go on sale closer to the festival, directly from the Micon Downtown Cinema. Full program details and guests will be revealed in February. 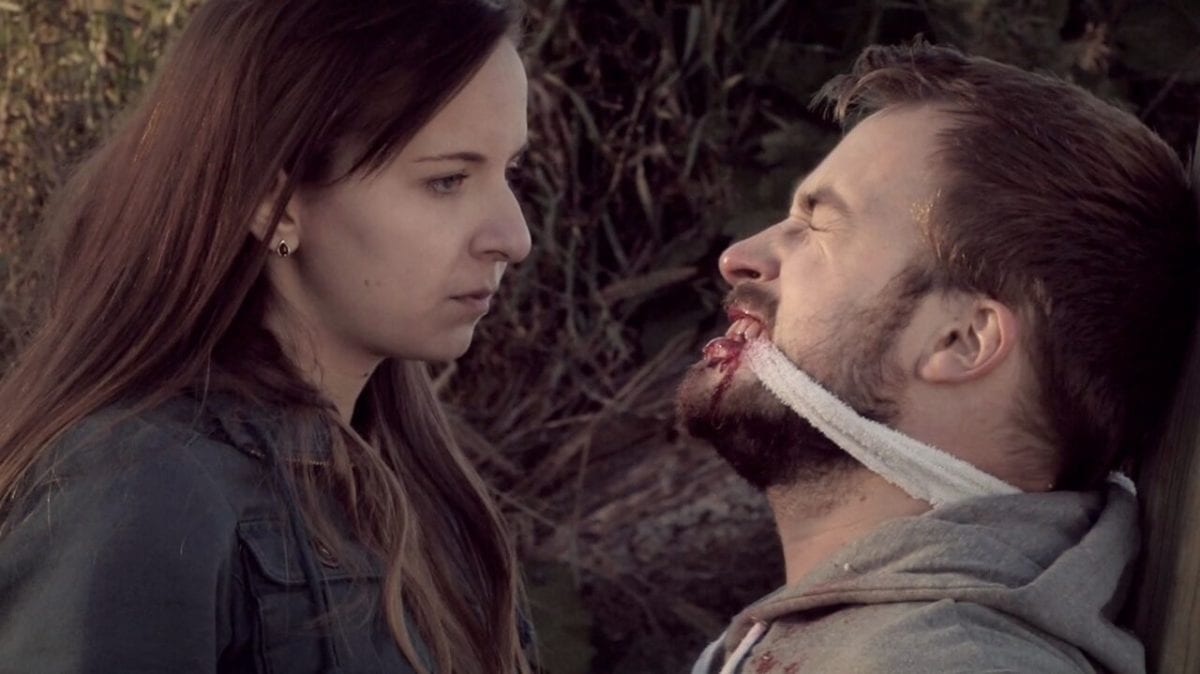 After stumbling upon the graves of three murdered trick or treaters, a small town paperboy discovers a series of handwritten horror stories tacked to the children’s headstones. Penned by a deranged pulp author driven mad by his craft, the stories chronicle grisly tales of Halloween rites, rituals and traditions. Absent of dialogue and heavy on atmosphere, 3 DEAD TRICK OR TREATERS is a horror chiller unlike any you’ve seen before. 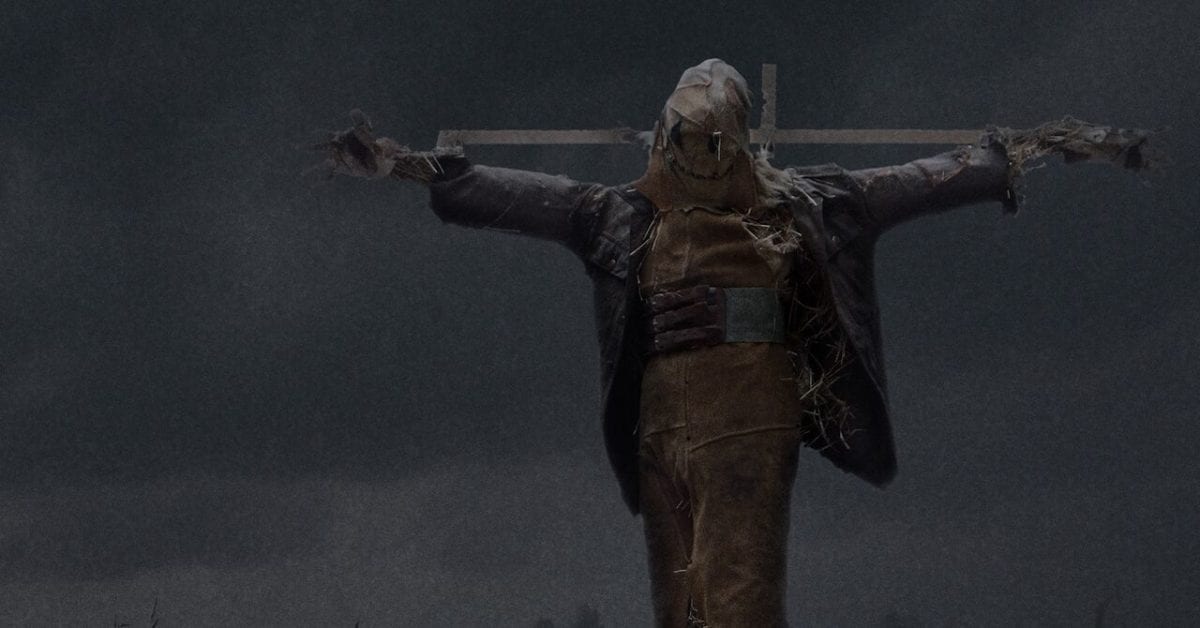 A group of unlikely bunkmates gathers at a mutual friend’s cabin in remote Wisconsin. Armed with all the comforts of urban life, they are ready to celebrate Independence Day; but when the group is attacked, they are sent reeling. Confused, scared, and unprepared to handle real danger, survivors are forced to battle fears, balance egos, and summon their courage – or die. Forget “cabin in the woods” slashers in the style of FRIDAY THE 13TH. This edge of your seat film depicts believable adult characters being killed with unpredictable, rapidly descending, and brutal violence. It feels uncannily real, and is all the more disturbing for it. 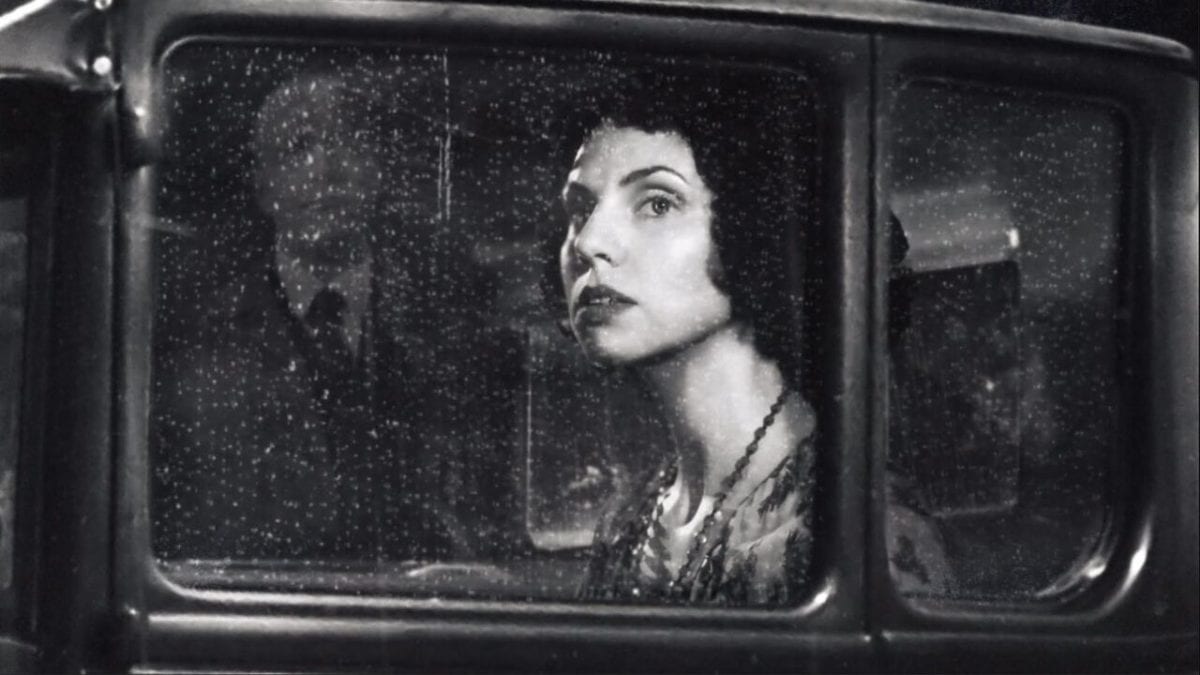 This spine-tingling film chronicles the true story of “The most haunted house in England”. Narrated by Julian Sands (WARLOCK, GOTHIC, LEAVING LAS VEGAS), and starring Reece Shearsmith (THE LEAGUE OF GENTLEMEN, SHAUN OF THE DEAD), BORLEY RECTORY features a stunning combination of live action re-enactments, animated photographs from the period, and eerie visual effects. Be prepared to be mesmerized and chilled in equal portions by the most haunting film of the festival season. 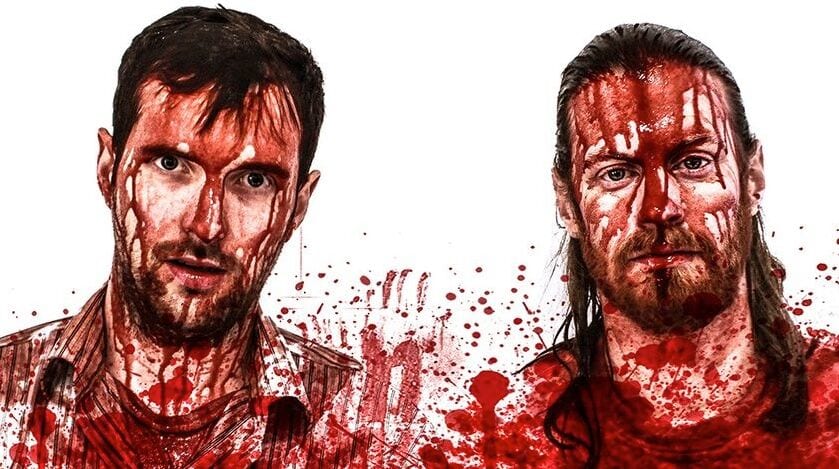 Rob Grant and Mike Kovac receive a disturbing fan video inspired by their previous horror movie MON AMI, motivating them to investigate the responsibility of filmmakers in portraying violence in movies. In their pursuit of the truth they are unwittingly introduced to the real world of violent criminals and their victims. Few films have managed to so successfully examine the blurred lines between real and imagined violence. FAKE BLOOD will keep you engaged and unbalanced until the final frame.

THE FLATWOODS MONSTER: A LEGACY OF FEAR (dir: Seth Breedlove) 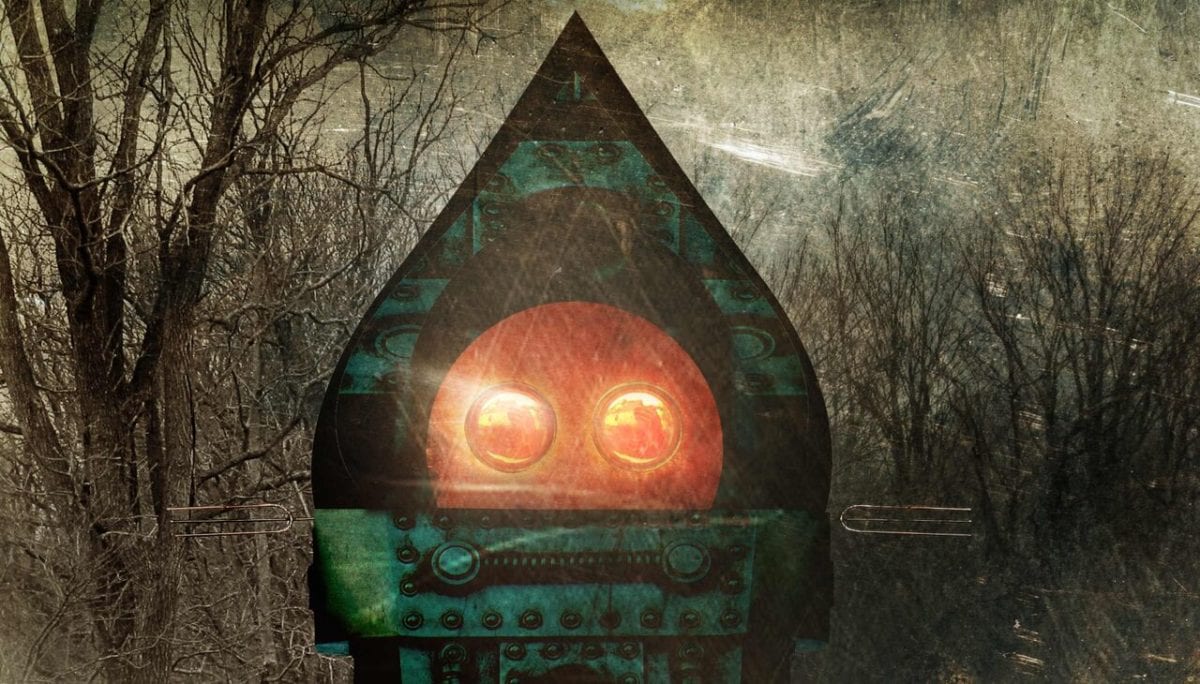 Ahead of its official release this April, MidWest WeirdFest proudly presents this special sneak-peak screening of the latest, highly anticipated offering from production company Small Town Monsters. It is a terrifying documentary that revisits one of the earliest and most famous alien encounter reports of American UFO lore. The film’s director, Seth Breedlove (BOGGY CREEK MONSTER, THE MOTHMAN OF POINT PLEASANT, INVASION ON CHESTNUT RIDGE) is the most important documentarian working in the UFO/paranormal/cryptid field today, and was the recipient of 2017’s “Cryptozoologist of the Year” award. Don’t miss your chance to be one of the first people on this haunted planet to see his latest film. 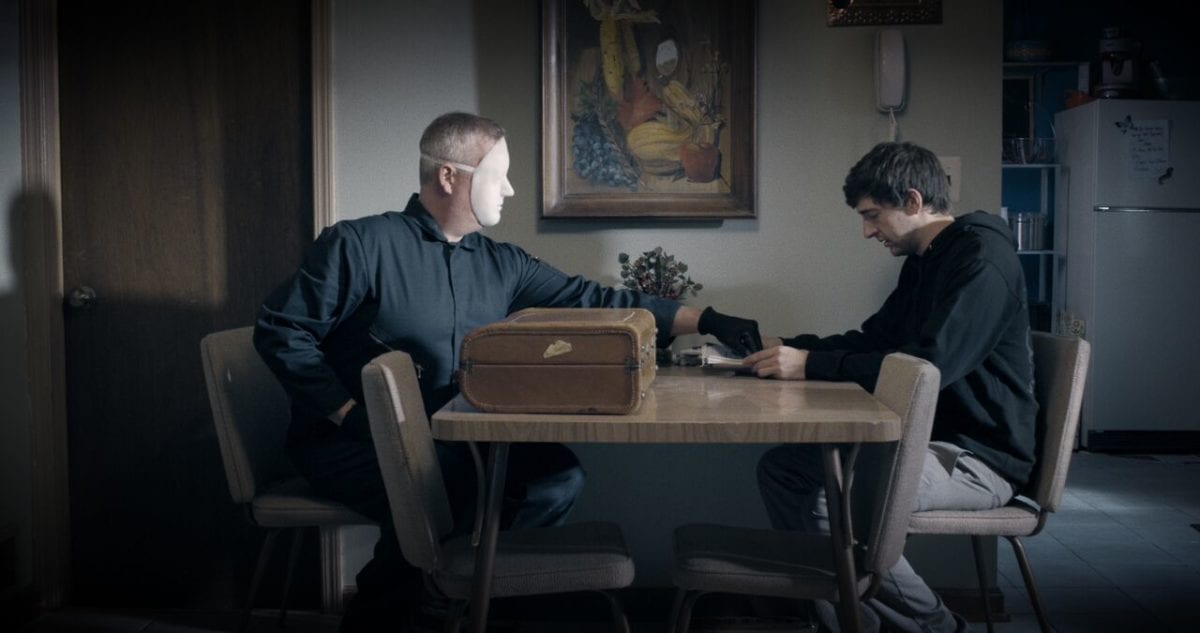 A drunken train-wreck of a time traveler offers a suicidally depressed tea store barista a do-over. The catch is, the do-over comes at a murderous price. FUTURE is a poignant and funny low-fi sci-fi that begs the question: If you only had a few days left to live, and you felt like no one wanted you around, what would you do with that time? Would you climb a mountain, fall in love, invent a world saving device? Or would you eat all the junk you usually don’t let yourself have, and blow off work to get drunk with your old friends? 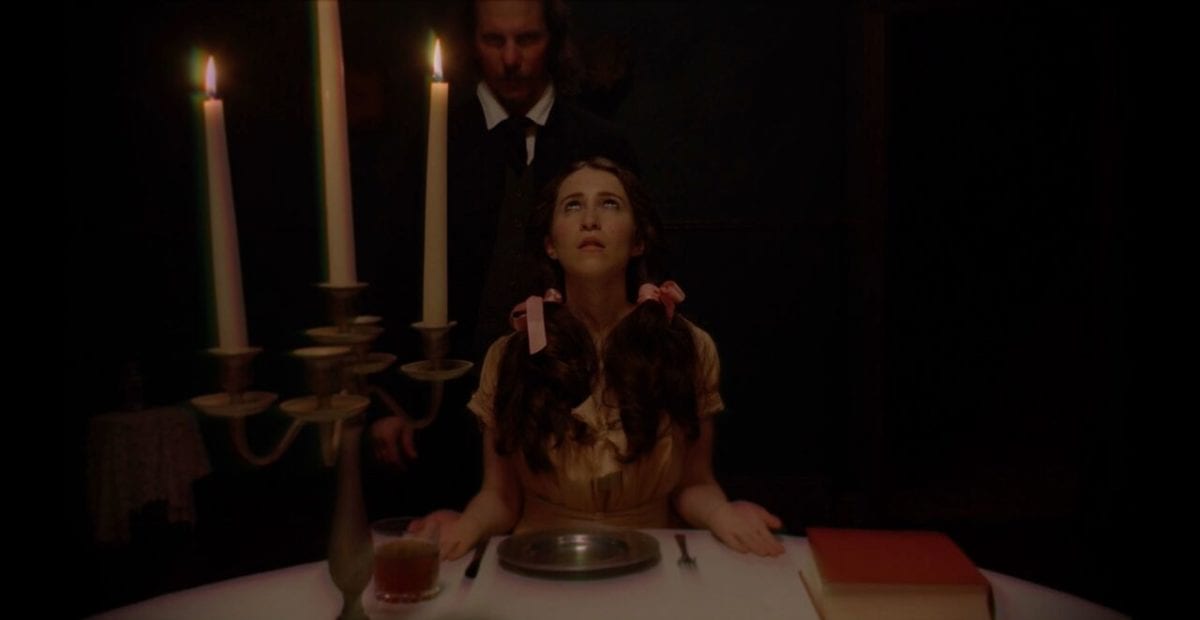 Lillian Hoffhienze-Bachman and her family move into the previously abandoned Hoffhienze ancestral home, where their hopeful new start
becomes tainted by the discovery of a century’s worth of abuse, dysfunction and violence. Lillian becomes consumed by her sordid ancestry, terrified that the past might dictate her son’s future. The grisly events of the past 100 years are revealed through the eyes of the family’s victims… including the moose head hanging on the mantel wall. Influenced and inspired by the notorious real lives of H.H. Holmes, The Bender Family, Lizzie Borden, Carl Panzram and The Fox Sisters, this dark and unsettling anthology chills to the core.