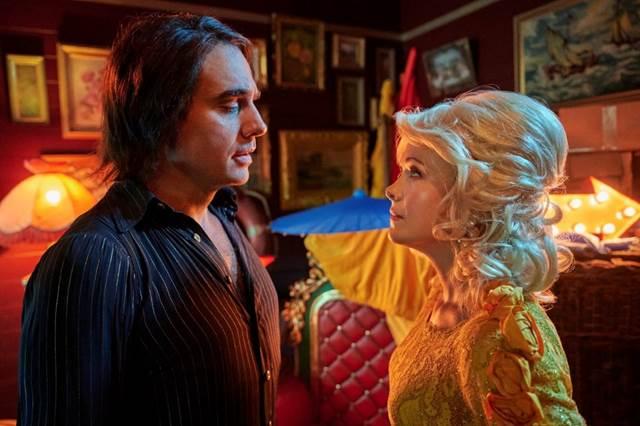 From Director Gracie Otto (Under the Volcano, Bump) comes the first look at Seriously Red, a musical dramedy produced by Dollhouse Pictures and Robyn Kershaw, and distributed in Australia and New Zealand by Roadshow Films.

Currently in post-production, Seriously Red first look shows a dolled-up Boylan (Red) gazing at Bobby Cannavale (Wilson). Scripted by Krew Boylan, the film features music by Dolly Parton and many others and is scheduled for theatrical release in 2022.

Red (Boylan) is a vivacious and at times misguided red-head who pours herself a cup of ambition and trades her 9 to 5 career in real estate, for a life under the spotlight as a Dolly Parton impersonator. On her journey to success, Red has to lose herself in order to find herself because as Dolly Parton says, “Be yourself because everyone else is taken’.”

Director Gracie Otto said, “Seriously Red embodies so much of what I love about cinema, culture and music.”

“We have all worked incredibly hard, filmmaking is no walk in the park (especially during a pandemic) but we are stronger for it and I love my team and the ‘happening’ a film creates. It will always occupy a special corner of my heart” said writer and lead actor, Krew Boylan.

VENOM: LET THERE BE CARNAGE Review