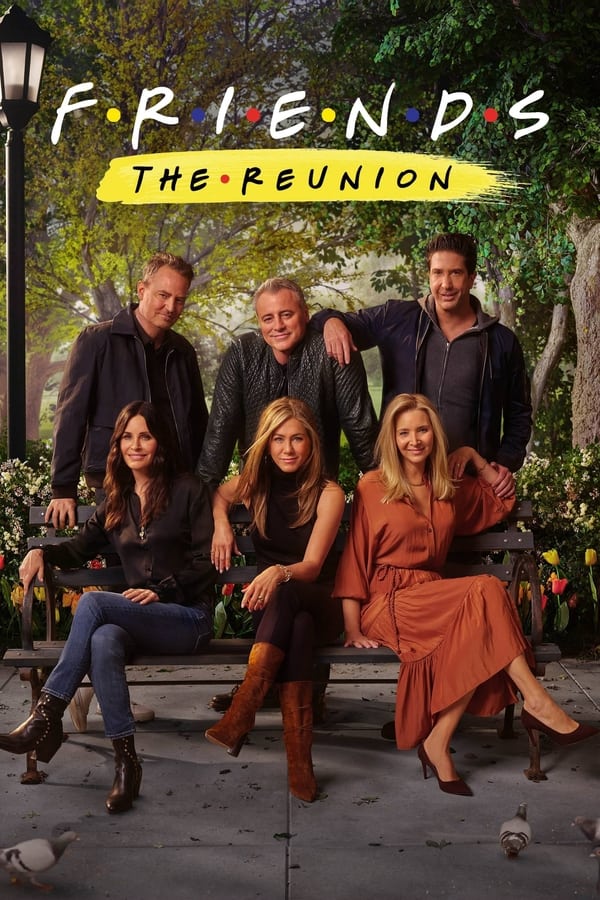 It was the television event that every Friends fan wanted… except it wasn’t. There is no doubting the world domination that hit sitcom Friends had during its ten season run from 1994. This wasn’t just a show that people gathered around the water cooler to talk about at work, this was a show that popular radio shows would spend an hour talking about the morning after each episode aired.

Such was the popularity that when the show folded and its spin-off Joey died a quick death fans already started to speculate when the cast would reunite and make new episodes. There were speculations that it would happen around its tenth anniversary, while tabloid magazines wrote articles talking about networks offering huge pay-days to the cast if they wanted to return to the characters that made them famous.

Finally in 2021 fans have had the chance to see Jennifer Aniston (We’re The Millers), David Schimmer (Band Of Brothers), Courtney Cox (Scream), Matthew Perry (The Whole Nine Yards), Lisa Kudrow (Romy & Michelle’s High School Reunion) and Matt Le Blanc (Lost In Space) all back together but this is not really the format that most fans would have expected for the reunion. From what fans have been saying online for the past decade it is easy to see that they wanted new episodes that answered questions like are Monica and Chandler still living happily in suburban bliss and did Rachel and Ross stay together or take another ‘break.’

That isn’t what fans got though and instead they got a sit down interview hosted by talk show host and actor James Corden which has resulted in one of the most watched television events of 2021 –Friends: The Reunion.

Now while this wasn’t the reunion that many of the fans were eagerly anticipating this was far from a letdown. A lot of the main cast have remained very private about their time on the show over the years and even despite the popularity that Aniston and Cox have found with other projects they have often remained tight-lipped during interviews about their time on Friends and whether or not there would ever be a chance of new episodes. To hear the cast talk openly about their time on the show and what was going on behind the scenes is refreshing and the style in which director Ben Winston (Carpool Karaoke) gives the show more of a documentary feeling than that of a talk show.

Watching the cast re-visit the set of the show they called home for over a decade is an emotional experience for any hardcore Friends fan. That also sets up exactly what Friends: The Reunion is going to be like. This is a special where the main cast put their hearts on the line – where they talk about the obstacles that they faced to earn a role on the show and then watch them cry as they remember the moments that made this tight-knit cast a family.

There is no denying that is the moments when the cast are talking amongst themselves on their old set and the interviews with the show’s creators David Crane and Marta Kauffman that provide the show with its most powerful moments, but that certainly doesn’t take anything away from Corden’s interview either. With his now familiar laid back style Corden throws in some tough questions while making the interview feel like a friendly chat in a pub. He gets the cast to answer whether or not we will ever see any more episodes of Friends and even exposes a behind-the-scenes romance that almost happened between two of the cast members.

The silly games and almost pointless appearances of people like Justin Bieber in the special do feel like filler but it is when Crane and Corden take this special into the documentary style that makes this something special for all fans of Friends. While this isn’t the reunion that many expected it is certainly not a waste of time for hardcore Friends fans.