Errol Flynn is one of Australia’s forgotten heroes. In a time when we celebrate the celebrity status of actors who have graced our shores like Nicole Kidman, Russell Crowe or Mel Gibson it is surprising that Australia has never really shared that same love with Errol Flynn, a man who many believe was Hollywood’s first action hero.

Yes Errol Flynn was born in Hobart and went on to have an acclaimed career in Hollywood, a career which saw him star in movies including The Adventures Of Robin Hood, Captain Blood and The Adventures Of Don Juan.

Now Flynn’s early life, which was a wild ride upon itself, is explored in a new film called In Like Flynn starring Thomas Cocquerel (Red Dog, Kidnapping Mr. Heineken) as Flynn and the likes of William Moseley (The Chronicles Of Narnia, Friend Request), David Wenham (The Lord Of The Rings, 300) and Isabel Lucas (Transformers: Revenge Of The Fallen, Immortals).

HEAVY Mag sat down with the film’s director – the legendary Russell Mulcahy (Highlander, Resident Evil: Extinction) to chat about In Like Flynn.

“They sent me the script and you know Errol Flynn is an icon… a Hollywood legend,” says Mulcahy as we discuss how he got involved with In Like Flynn. “But what was interesting about this script was that it was about his early life before his Hollywood fame so it was really intriguing and when I read what he did I was like ‘wow oh wow.’ He had a real lust for life and he had that before he became famous. I just loved the adventure and the romance, the drama, the comedy of the script. And it was all factual because it is based on his autobiography.”

“Very little,” says Mulachy laughing hard when I ask him how much he knew about Flynn’s Biggles like lifestyle before he was famous. “I knew his films and I knew he was from Tasmania and that was about it really. But then I read the script and I was just fascinated that he did all that. Then there was the coincidences like being in Papua New Guinea with a Hollywood producer who was there to film some background footage. And then he goes on throughout his adventures up the coast again as the producer says I am going to take you to Hollywood and make you a star.”

You can listen to the full interview with Russell Mulcahy on the Spreaker Player on this page.

In Like Flynn is in Australian cinemas on October 11th. 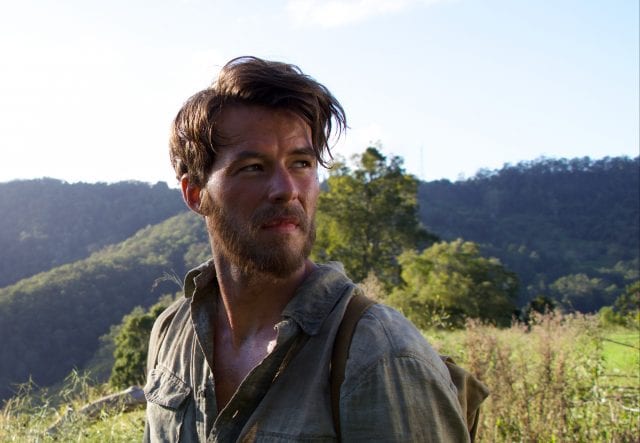