For Justice Smith and Kathyrn Newton these are the roles that are going to make them household names right across the world. In the past Smith has appeared in movies like Paper Town and Jurassic World: Fallen Kingdom while Newton has made a name for herself in Three Billboards Outside Ebbing Missouri and Blockers, but now these two find themselves in a whole another stratasphere with their roles in Pokemon: Detective Pikachu.

Smith plays Tim Goodman a boy who is searching to find out what happened to his father and that type of character journey is something that obviously drew him to the film. “The film has heart,” he says. “And that is exactly how I wanted to see this world represented. You have the magic, you have the characters, you have the iconic characters, but it is grounded and it is real and it is for everyone. At the core of it is a really heart-warming story, a meaningful story, and I think that without that there would be nothing to identify with. I saw what Rob (director Rob Letterman) wanted to do with the film and was like ‘wow that is my childhood come true.’ I saw what the Pokemon were going to look like, and I saw that he wanted to shoot on film, and the tone of the film. It was everything that I wanted to see as a kid, in a live action way. I was just like ‘I have to do this.’”

“He starts off as this guy that just doesn’t take risks,” explains Smith when he talks about what Tim is like as a character. “He doesn’t live on the edge at all and his father is the exact opposite of that. I think because they are estranged that is the reason that he has reverted back to this very mundane lifestyle and when he goes on this adventure to try and find his father he slowly starts to become more like him – taking risks and being generally adventurous and opening up.”

Smith laughs when he is asked to describe what Detective Pikachu is like. “Detective Pikachu is this cute, adorable Pokemon and it has Ryan Reynolds voice,” he says laughing even harder. “He is very film noir-esque and he talk in these metaphors – he’s almost like a contradiction – because he is this cute and cuddly thing but he has this gravitas to him, it is such a funny exposition.”

Playing alongside Smith is Kathryn Newton who plays determined reporter Lucy Stevens… she to is excited about now being part of the Pokemon world. “I have a Psyduck – a Psyduck is my Pokemon,” she says excited and jumping around in her seat. “It is like you can feel Pikachu and tell what Pikachu would be like in real life and I think that is what is going to be so exciting.”

“Lucy Stevens is actually an intern,” she says when asked to talk about her character. “However, she thinks she is an investigative journalist, soon to be a reporter… soon to be CEO of the world. She is going to take over whether people want to believe it or not and I love that.”

Newton is also full of praise for her co-star Ryan Reynolds who voices Pikachu in the movie. “Working with Ryan Reynolds is so amazing,” she says. “He came in for two weeks to do the entire movie on an ADR stage and it was kind of the first thing that we did and to hear him as Pikachu just had me thinking ‘this is going to be awesome.’ People are going to be very, very happy with the way that Ryan has become Pikachu and he totally has – he brings Pikachu to life. Pikachu is the cutest thing you are ever going to see in your life. He has these giant eyes that almost seem endless… you could just stare into them all day. Then he has the smallest squishiest nose that you could ever touch, and his fur is just the softest fur of any animal that has ever existed. He has these tiny little feet and these chubby cheeks that you just want to squish. Lucy doesn’t know what Pikachu sounds like, and he is kind of sassy, but she doesn’t know that – she just sees him as adorable, and that is very frustrating for him.” 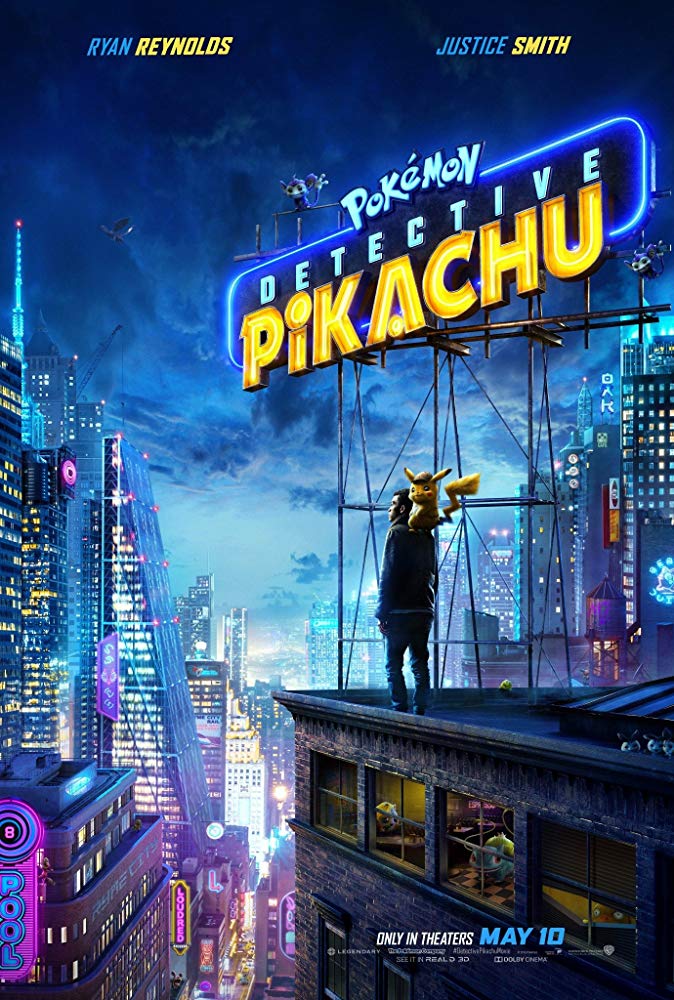