Leila George is clearly an actress on the rise. The daughter of acting royalty – Vincent D’Onofrio (Full Metal  Jacket, Men In Black) and Great Scacchi (The Player, Emma) the young actress is now wowing audiences in the new film from producer Peter Jackson – the sci-fi epic Mortal Engines.

In Mortal Engines George plays Katherine Valentine the daughter of the ambitious Thaddeus (Hugo Weaving) who is destined to make a name for herself and has her eye on her friend, young historian Tom Natsworthy (Robert Sheehan). HEAVY Mag recently had a chat with George to find out what it was like being able to act in a film with such huge scale.

“I didn’t get the script until I already had the part,” says George when we talk about what it was like to sit down and read through the script of a film so epic. “I read the book after my first call back and I absolutely loved it. I loved the whole world in it so much that I actually read the entire book in one day. I was immediately drawn to the character of Katherine Valentine because I immediately related to her and from there I was just so excited. I was excited because of the people behind the movie Peter Jackson, Fran Walsh, Philippa Boyens, Christian Rivers and the whole team have a pretty good track record so I knew whatever they were going to do with it was going to look incredible and reading the book and seeing all the possibilities that they could do with it was extremely exciting because I was just like ‘wow this is going to be huge.’”

“Then when I read the script I could see that they had done the book so much justice,” she continues. “The audition process was a couple of months long because they was such a huge gap between my first audition and my second and third call-backs. Then it was another month before I was told that I had the part and I can remember exactly where I was when I got the email. I drive past that spot in L.A. sometimes and it will forever be the spot where my life was changed for the better. I couldn’t believe it, I literally couldn’t believe it and it didn’t hit me until I was really there. It hit me when I landed in New Zealand and I was taken around the set and I was just blown away by what the artistic department and everybody over there had done.”

You can listen to our full Leila George interview on Spotify. Mortal Engines is out now in cinemas. 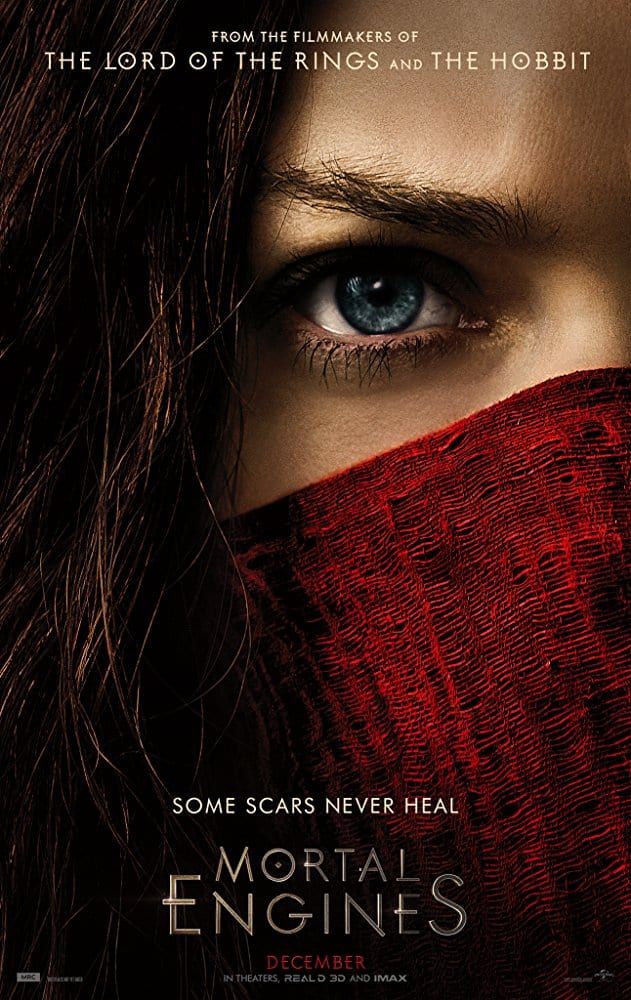 Film Review: COLOR OUT OF SPACE