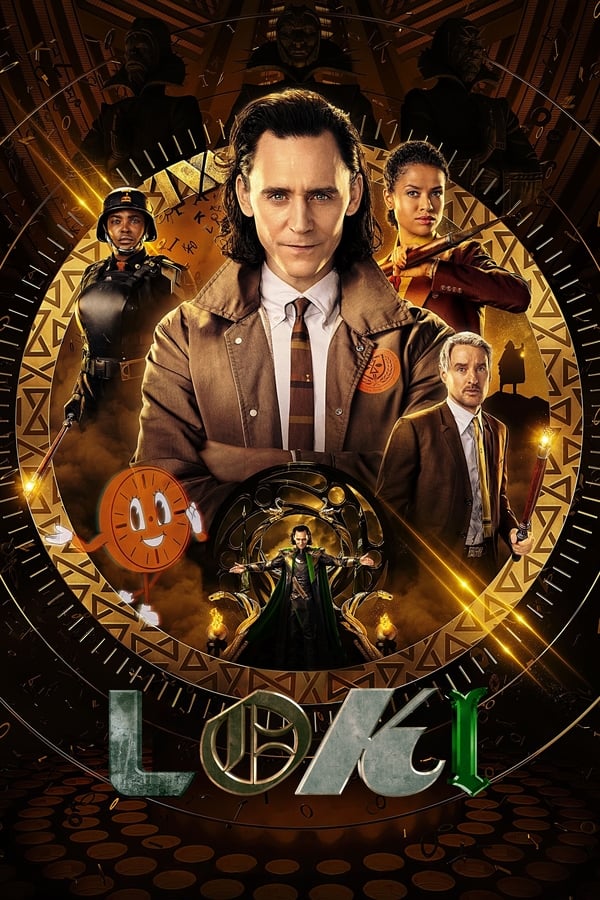 One of the biggest complaints that some film lovers have levelled at Marvel films over the years is that the films have been the same. Epic battle sequences and cities crumbling to dust while muscle-bound heroes yell lines at the top of their voice. With the arrival of Wanda Vision on Disney+ it felt like Marvel had listened and created something vastly different. Something so different that the haters then decided it was ‘too different.’

Perhaps though the perfect middle-ground is the latest Marvel show to be released on Disney+ Loki. Set after the events of The Avengers: Endgame the show sees Loki (Tom Hiddleston – Kong: Skull Island) brought before the mysterious Time Variance Authority whose job it is to monitor the timelines through space and time.

Charged with breaking a timeline Loki is sentenced to being erased from time and space by Ravonna Renslayer (Gugu Mbatha-Raw – Beauty And The Beast) but her colleague Mobius (Owen Wilson – Wedding Crashers) begs for Loki’s life to be spared and instead his punishment should be working for the TVA and helping them with their investigations. Mobius’ ultimate plan is to not only have Loki for them but to also study him so that they can track down the various Loki variants that are causing havoc across timelines, including the female Loki (Sophia Di Martino – Yesterday) named Sylvie.

Created by Michael Waldron (Ricky & Morty) Loki is unlike anything that Marvel has previously created. It is epic in a completely different to anything that Marvel done before. While other Marvel productions have gone with an epic scale of crashing spaceships and battle sequences here Loki goes into epic fantasy worlds that H.P. Lovecraft would be proud of.

That different feel sees the creators take Loki into a steam-punk world while the scenes set in the halls and offices of the Time Variance Authority seem to have taken inspiration from The Ministry Of Magic in J.K. Rowling’s Harry Potter franchise. The similarities to the Potterverse also don’t end there with Wilson’s Mobius often dressing like Arthur Weasley.

The story that weaves through Loki is complex but compelling. While often kids can watch a Marvel movie and completely understand the plot that certainly isn’t the case with Loki. As the characters time-travel and jump through time-lines the plot itself does require its audience to totally evolve themselves with it and not even look away for a moment. Even hardened fans of the show have admitted that if they have become distracted by something while watching it they have had to rewind the show in order to work out what happened while they were distracted.

Also coming to the fore with this series has been the acting capabilities of Tom Hiddleston. Often in the movies the character of Loki has been restricted to being the ‘villain’ or the comic relief, so it has been quite refreshing to see his character grow throughout the Loki series. This has shown just how talented Hiddleston is as an actor especially during sequences when Loki has been shown the repercussions of his actions throughout history and some of the more touching scenes he shares with Sylvie.

Owen Wilson has also adapted well to a more serious role than we would normally expect from him but the star of this show to date has been Sophia Di Martino. Sylvie is an interesting character – she is capable of great evil but also at other times shows that she cares for people who are close to her. Di Martino has really relished the role and it is obvious that this will give her a spring-board to bigger roles in Hollywood very soon.

Loki is very much a must see for fans of the Marvel universe and while some of the Marvel shows available on Disney+ are more like mini-series Loki has just been given the green-light to film a second season so it seems that longevity is on its side.

There are currently five episodes of Loki on Disney+.