Australian actress Mia Wasikowska is no stranger to intense movie roles. When she hasn’t been making movies like Alice In Wonderland she has been known to play some pretty intense characters in films such as Suburban Mayhem, Stoker and Madame Bovary but she says nothing has been like her character Jackie in the brand new horror thriller Piercing.

Here Wasikowska plays Jackie a young prostitute who is hired by a man who only has one thing in mind – tying her up and killing her. But what he hasn’t counted on his Jackie’s own twisted sense of reality and her own personal inner demons.

“The film came off the back of me making a couple of period dramas,” says Wasikowska when I ask her what drew her to Piercing. “It was so different different to anything else I had ever done. Originally they came to me for the role of the wife but then about the weekend before we were about to film the actress dropped out… and initially it was to be played by a much older actress. But then they asked me to play Jackie and that was a whole different thing because I wasn’t expecting to do of that stuff, but yeah it just seemed super exciting and so different.”

“I was really apprehensive about who was making this movie,” she explains when I ask what it was like working with up and coming director Nicolas Pesce. “I don’t normally watch these kinds of movies and I was thinking ‘who the hell would want to make it?’ I was very apprehensive about the group of people that I was going to end up with but they were all very wonderful and Nic was very sweet and kind. He is very creative and I felt very safe and very comfortable on set. I mean this was a movie being made by a bunch of men and I was the only female and was asking ‘what, why, who are these guys?’ And you know even when I sat down to watch the trailer I was like ‘I hate these kinds of movies, I can’t watch these kinds of movies’ wait I shouldn’t say I hate these kinds of movies… but I did really love playing Jackie.”

You can listen to our full interview with Mia Wasikowska on Spotify. 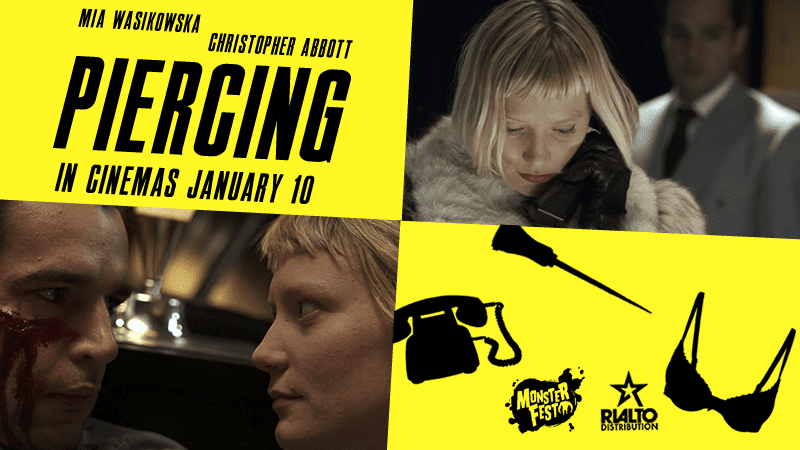 Film Review: COLOR OUT OF SPACE

Behind The Scenes Of A QUIET PLACE PART II