MONSTER PICTURES Are Set To Distribute THE WALRUS & THE OYSTER 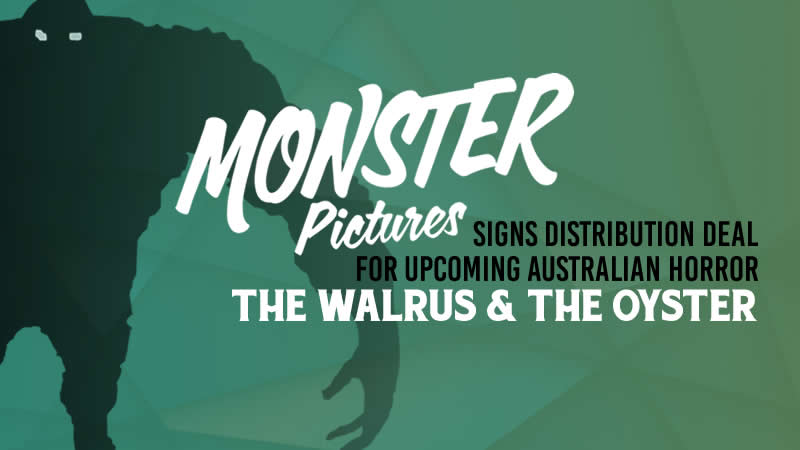 Monster Pictures is pleased to reveal that it’s onboard to distribute THE WALRUS & THE OYSTER, the sophomore feature from award-winning filmmaker Kurt Martin (MOON ROCK FOR MONDAY), in Australia & New Zealand.

THE WALRUS & THE OYSTER follows a single mother who, after the death of her only son discovers a creature living in her house. The creature encourages her to form a relationship with a young boy in her neighbourhood, one whom shares an uncanny resemblance to her deceased son. The bond between the boy and the grieving mother soon turns unhealthy and spirals out of control.

Lunar Pictures have received the provisional certificate from Screen Australia, giving the production eligibility for the producer offset.

Producer Jim Robison is currently in discussions with several overseas production companies but has yet to confirm an international sales agent, he has said “the key to us moving forward is cast and as this film is set within the US, it opens up a plethora of talent options that we’re presently exploring”.

Monster Pictures Grant Hardie expressed that “the script came alive for me on first read so myself and the Monster Pictures team are excited to be working with Jim and Kurt on the film. They are one of the more dynamic emerging filmmaking teams in Australia today so we’re very confident in their ability to realise the film to it’s full potential“.

This psychological thriller was penned by Martin and optioned by Jim Robison at Lunar Pictures, Martin has said “it’s essentially about how grief and suffering can spiral into insanity. It has an element of surrealism and its very different in genre from my first film, which was essentially a family film. I want to scare and rock audiences to the core and leave with something that really gets under their skin and shows people that left unbridled, we are all capable of absolute horror. I was inspired by books like THE MASTER AND THE MARGARITA, LOLITA and AMERICAN PSYCHO“.

Martin’s debut feature, MOON ROCK FOR MONDAY, has been met with 7 wins and over 24 nominations to date at various Australian and international film festivals and critic awards, including the Fipresci Award at the Schlingel Film Festival in Germany.