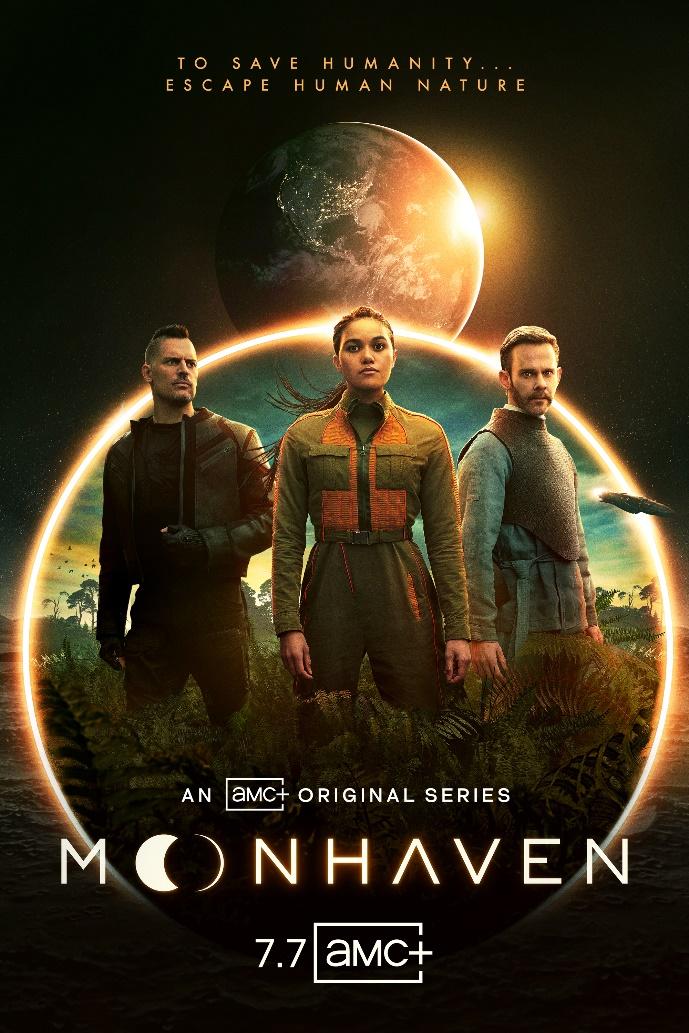 Moonhaven centers on Bella Sway (McDonald), a lunar cargo pilot and smuggler 100 years in the future who finds herself accused of a crime and marooned on Moonhaven, a utopian community set on a 500 square mile Garden of Eden built on the Moon to find solutions to the problems that will soon end civilization on Mother Earth. A skeptic in Paradise, Bella is sucked into a conspiracy to gain control of the artificial intelligence responsible for Moonhaven’s miracles and teams with a local detective to stop the forces that want to destroy Earth’s last hope before they are destroyed themselves.

A murder on Moonhaven puts Earth’s last hope in jeopardy. During what should be a routine cargo loop to the Moon, pilot Bella Sway finds herself the subject of detective Paul Sarno’s investigation.

Bella wants to get back to Earth, but must wait for Paul and Arlo to untangle a knot.

Indira tries to get The Bridge back on track while Bella helps Paul uncover a conspiracy.

On the brink of The Bridge, Paul prepares for some difficult goodbyes.

Paul and Bella trek through unknown territory in search of Maite. Meanwhile, Arlo takes a journey of his own.

In the season finale, Truelune is tested like never before.