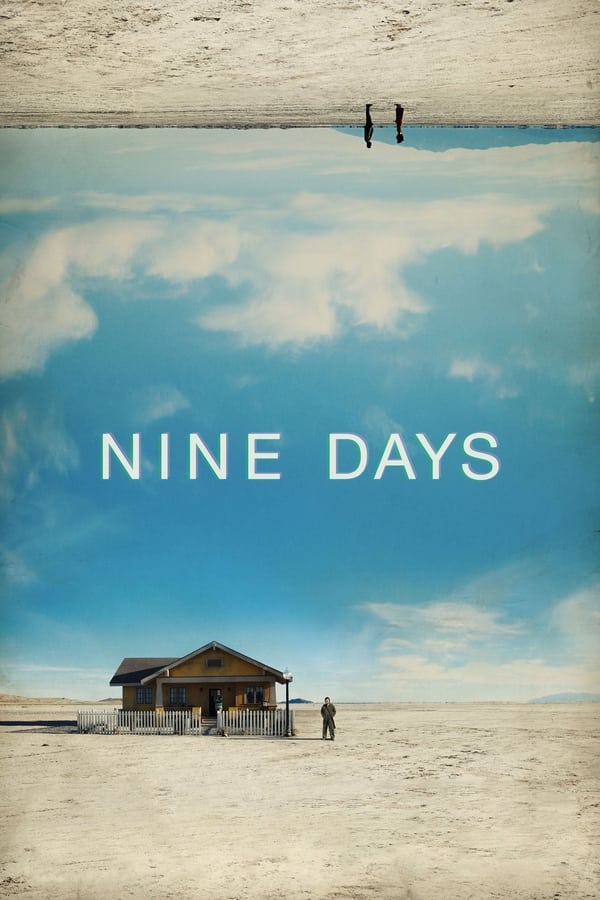 Nine Days is not an easy film to watch. I also get the feeling it is a film that is going to divide audiences, I could tell that from the Media Screening that I attended where half the people were sitting in bewildered silence during the end credits while the other half were already singing the film’s praises.

I’ll be first to admit that Nine Days is a slow-burn but once you connect with the film you will find that it takes on all the aspects of a well-written thriller.

Directed by first time feature filmmaker Edson Oda Nine Days tells the intriguing story of Will (Winston Duke – Black Panther) whose rule it is to decide which unborn souls are right to be sent out into the human world.

Will spends his days watching the POV cameras that show him how the souls that he has previously chosen are living their lives while occasionally talking to his friend Kyo (Benedict Wong – Doctor Strange) who always seems to be worried that Will is over-working and not enjoying life.

Things take a tragic turn though when one of the souls that Will watches over dies in an accident that may or may not be suicide. As that sinks in followed by the fact that he is watching another struggle under the weight of constant bullying Will realises that perhaps the souls that he is sending out into the world are not cut out for it. Despite Kyo warning him not to Will decides to be tougher on the next candidates despite knowing that any soul not selected will be wiped into oblivion.

To make matters worse one of the souls that Will is interviewing this time around is like no other. The free-spirited Emma (Zazie Betz – Joker) instantly bonds with both Will and Kyo but while Kyo feels that she is the perfect candidate Will disagrees and feels other candidates are better options.

I found that once I got my head around this world that Edson Oda has created the tension in the film rose completely. Early on I found my head filled with questions like ‘why is this guy watching all of these screens’, ‘how does this world work exactly’ but once I let that settle I was able to finally concentrate on what was important – and that was really a soul (ie a person) basically begging to be allowed the opportunity to live.

Once I was able to focus on that I was then able to let the suspense wash over me. This maybe a slow burn that takes a while to play out but it also packs the emotional tension of a well-crafted thriller. The two pronged suspension comes from not only seeing which soul Will will ultimately chose but also what will happen to the bullied soul that is cracking under the pressure.

There are moments of true beauty with Nine Days – some of the scenes that depict Emma learning by life while being encouraged by Kyo are enough to bring a tear to your eyes – so are the moments where Will tries all he can to make the discarded souls last few moments something special and calming.

Aside from the amazing visuals created by Oda and his cinematographer Wyatt Garfield (Beatriz At Dinner) the other powerful force with this film are the amazing acting performances of Winston Duke, Zazie Betz and Benedict Wong. The trio all deliver powerful performances and the scenes that they share together are truly striking.