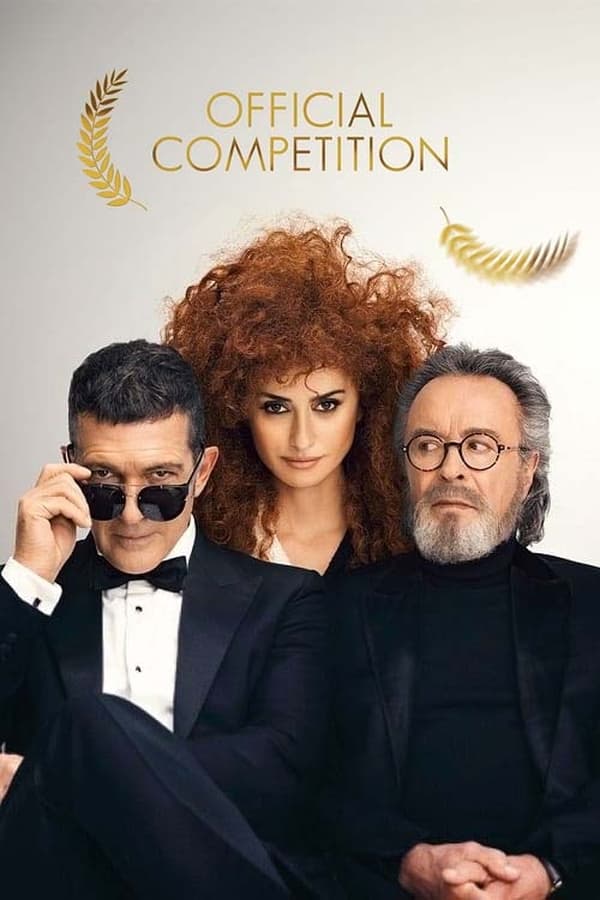 Actors are vain humans who are all about themselves and directors are strange individuals who will do anything, no matter how crazy, in order to bring their artistic dream alive. It seems strange that that would be the point that a film is trying to make yet that is exactly what we find with Mariano Cohn (The Man Next Door) and Gaston Duprat (The Artist) brand new film Official Competition.

The film which recently stole the show at the Venice Film Festival follows the events that unfold when rich Spanish businessman Humberto Suarez (Jose Luis Gomez – The Skin I Live In) decides that he wants to leave a legacy – an award winning film that will be long remembered.

His first decision is to buy the rights to ‘the world’s most popular novel’ and then hire award winning director/screenwriter Lola Cuevas (Penelope Cruz – Vanilla Sky) to turn it into the film that he dreams of producing. What she decides to do has the makings of a stunning film but leads to an interesting path to get there.

She immediately hires blockbuster star Felix Rivero (Antonio Banderas – Puss In Boots) to star alongside classic auteur actor Ivan Torres (Oscar Martinez – Wild Tales). The two men’s acting styles and personalities clash from day one and soon it looks like the film might never get off the ground.

As far as filmmaking go Official Competition is a pretty brave film. While some may just see this as a comical film with a funny storyline others will watch this film and know that the screenwriting team have written this film about personal experiences they have faced in the film industry. The fact that the film also managed to attract three of Spain’s biggest stars for its leading roles shows that perhaps this is the time that the film industry admits that things have been ‘over the top’ in the industry for awhile.

The key to this film working so well is the humour that the script contains. This film is unlike most comedies released into cinemas – while most Hollywood comedies these days looks for the over-the-top moments and lines to gets its audience laughing Official Competition instead takes a subtle approach. Lengthy scenes, drawn out monologues and obscure moments of visual humour all pull together to create a film that is alternative in nature but nonetheless is crowd pleasing.

With the film’s offbeat nature when it comes to humour audiences should also be warned that not all the humour here might be considered politically correct. There is a lengthy running gag about cancer but at the same time the film does have a serious side as it deals with serious topics like the role of women in the film industry. The film also takes a serious twist for the last quarter of the film that nobody will see coming.

Bringing this brilliant screenplay to life is the amazing work of the three leads. Penelope Cruz is award-winning form with her portrayal of an unhinged yet talented director while watching Banderas and Martinez go to head-to-head a number of times throughout the film is some genuine cinematic magic. Both men put in brilliant performances that mix both drama and comedy seamlessly and their performances here make this film a must see for those who love serious cinema.

Normally films like Official Competition are hidden away in arthouse theatres because the industry doesn’t like being laughed at, but it is hard to hide this film away because of the star power that comes with it. If you don’t mind a comedy on the alternative side and are willing to embrace a film that is a little left of centre than this is the film for you. Check it out and have a laugh.