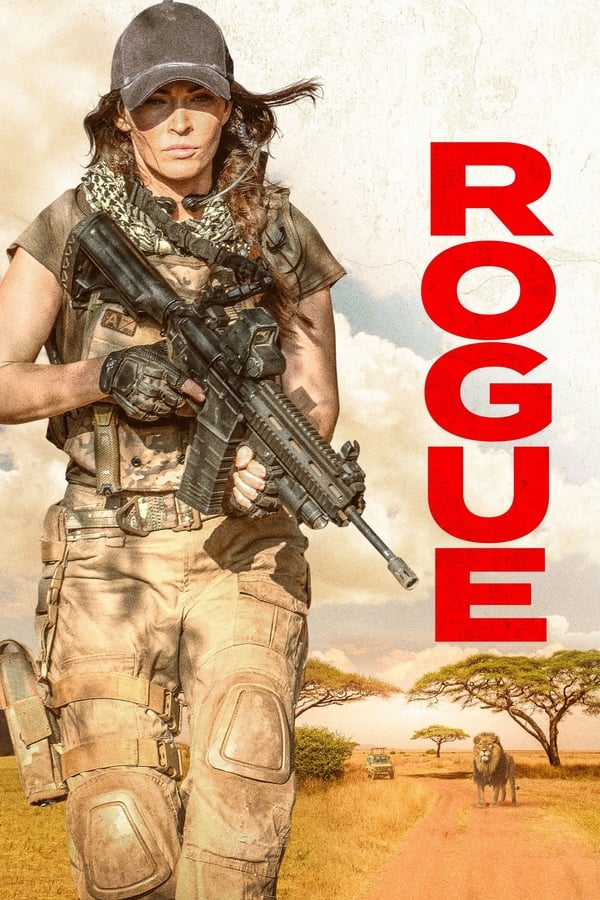 A few years ago if actress Meagan Fox had a film coming out the world knew about it. The talented actress was the face of huge franchises including Transformers and Teenage Mutant Ninja Turtles. She was so popular in fact that when she left the Transformers franchise there were fans out there saying they would boycott the Bay juggernaut due to the fact they thought she had been unceremoniously and unfairly dumped.

Today Fox’s films seem to come out with very little fanfare at all – a shame when you consider that some of the films that she has been releasing recently are absolute gems. First there was the seriously under-rated Think Like A Dog and now her new action film Rogue has landed on a number of streaming platforms in Phuket. With a lot of ordinary action films being released during the Covid lockdowns it is a refreshing to see a film like Rogue stand above the pack.

Directed by MJ Bassett (Ash vs Evil Dead) Rogue sees Fox star as mercenary leader Samantha O’Hara;  who is sent into East Africa with her team to rescue the kidnapped daughter of a Governor. Once on the ground O’Hara learns that Asilia (Jessica Sutton – The Kissing Booth) is being held captive alongside her best friends, Tessa (Isabel Bassett – Solomon Kane) and Chloe (Calli Taylor – The Courier).

But as O’Hara and her team find themselves in a fight to the death with local warlord Zaleem (Adam Deacon – Righteous Villains) they soon discover that they are also the hunted. Not only does Zallem to have a bigger army than they expected but there is also a rogue lioness patrolling the area who is annoyed that she has been separated from her cubs at an illegal lion farm. Soon she is hunting down O’Hara’s team as well as the rebels they are fighting.

You could probably say that there is nothing ‘new’ in Rogue but what makes this film standout from some of the other action films out there is the way that the story is told. MJ Bassett reveals herself as an under-rated director of the genre, her battle sequences here are equal to anything that we saw in films like Black Hawk Down while her screenplay, which she wrote with her daughter Isobel, does something that so few action films do – give characterisation to even the minor characters.

That small thing totally enhances the rest of the film. The fact that one of O’Hara’s teams was once a member of Zaleem’s militia leads to some brilliant tense moments between himself and the former captives of Zaleem, while even Zaleem is given more characterisation than most action bad guys would be. There are times in this film where he basically pleads his case to O’Hara explaining that the militia are as equally as bad as the Government she works for. Yes, it doesn’t justify anything but it does make for more interesting scenes than just endless shootouts.

Bassett also allows for Rogue to take on an environmental angle as well. Not only does she show the cruelty that exists in the illegal lion farms but also reveals that it is corruption and greed that keeps them running. Yes, the plot almost does label the lioness as one of the ‘villains’ of the film but at the same time there is a clear understanding from O’Hara as to why the lioness is doing what she is doing – she is simply just trying to protect her young.

Sadly amongst all the Covid carnage in cinemas at the moment Rogue has slipped through to go straight to streaming services but this is one action film that certainly shouldn’t be missed. Meagan Fox stars in a role that demands both dramatic and action skills while the story itself is both intriguing and suspenseful. One to certainly hunt down while cinemas are still closed.