Ukrainian Cinema Is About To Go On Show In Melbourne 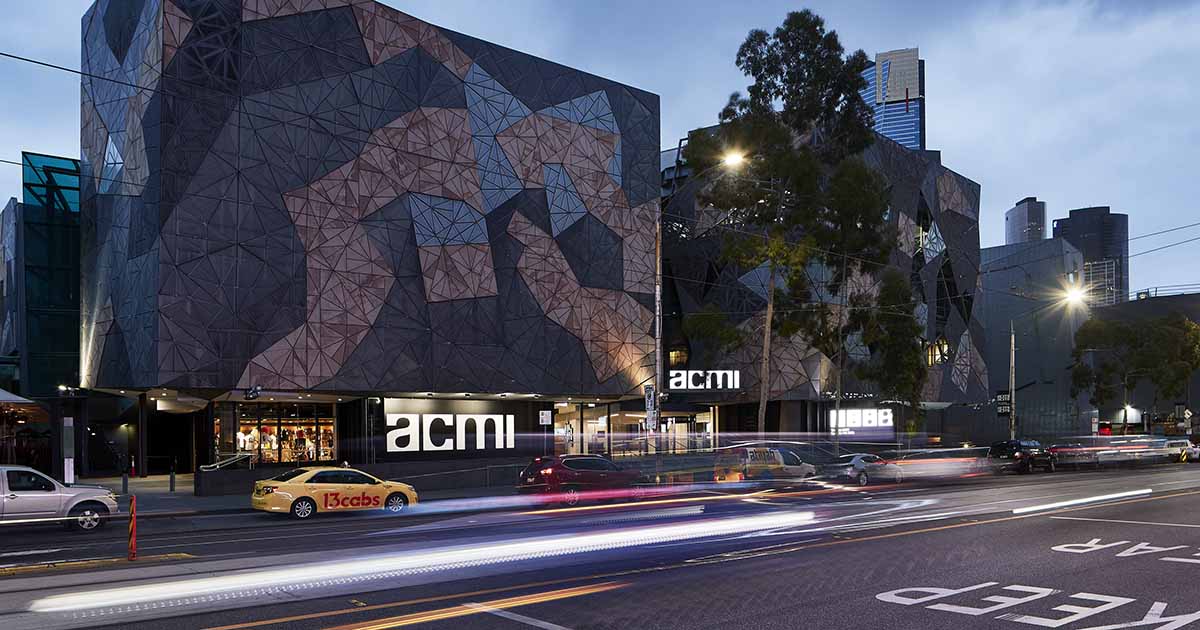 Melbourne Cinémathèque announces a very special curated season, Masterpieces of Ukrainian Cinema. The season pairs six essential historical and contemporary retrospective titles across three weeks showcasing works of auteurs, contemporary talent, and some of Ukraine’s greatest films of all time. The season screens from 20 July – 3 August every Wednesday from 7pm at ACMI.

In curating this program, the Melbourne Cinémathèque takes the opportunity to commemorate Ukraine’s 100-years of feature filmmaking, bring to light the endangered Ukrainian National Film Archive (Dovzhenko Centre), and invite Cinémathèque enthusiasts to return for this important presentation of works.

The program is made possible by the Dovzhenko Centre, whereby a portion of the season’s proceeds will be donated to help the prosperity of the institution affected by Russia’s invasion. Program spokesperson Cerise Howard (Czech & Slovak Film Festival co-founder) said, “putting together a program to do justice to the brilliance of the greatest Ukrainian cinema, that would collectively speak to the nation’s past, future and, importantly, its terribly parlous present, required the cooperation of several parties locally and abroad – in particular, the wonderful people at the beleaguered Dovzhenko Centre. We invite all Melbourne film lovers to join us in celebrating Ukrainian cinema during this tragic time for the people of Ukraine.”

The rich program features three landmark titles from the Ukrainian Soviet Socialist Republic era (1922–1991) and three critically acclaimed contemporary titles from the 21st century. The program boasts three incredibly remarkable “silent” films from both eras, one of which is delivered in sign language. With respect to Ukraine’s centenary of films, the carefully chosen paired films embrace the nation’s unique style and voice whilst juxtaposing Soviet and post-Maiden eras.

The season opens with Shadows of Forgotten Ancestors (1965) which is widely considered the greatest Ukrainian film of all time. The film tells the love story of a peasant who falls in love with the daughter of the man responsible for his father’s death. The film is set in an isolated 1860s Hutsul community in the Carpathian Mountains and Armenian writer-director Sergei Parajanov reveals his remarkable talent for lyricism, ornamentation, and breathtaking visual composition in this unmissable masterpiece. Screening in 35mm print.

Atlantis (2019) is set in Eastern Ukraine in 2025 post-war with the nation having emerged victorious in its war with Russia with much of its land rendered uninhabitable. An ex-soldier with PTSD (Andriy Rymaruk) forges a connection with former archaeology student Katya (Liudmyla Bileka) as they struggle to retrieve the war dead on a volunteer mission across inhospitable terrain.

Alexander Dovzhenko’s last silent film, Earth (1930), is a lyrical evocation of the lifecycle of humankind delivered through the intertwining of images of life and death. The film charts the conflict between peasants and a landowner, reflecting the socialist practice of collectivisation, to create a film poem of inestimable beauty. James Agee called it a “picture for filmgoers who are prepared to take their cinema as seriously as Tolstoy took the novel”. Screening in 35mm print courtesy of ACMI Collections.

Writer-director Myroslav Slaboshpytskyi’s outstanding film, The Tribe (2014), is a Cannes Critics’ Week Grand Prix-winning debut feature and stands as one of the most remarkable films of the 21st century. Depicting a new student’s rapid immersion into organised criminal activity at a decrepit boarding school for the deaf, its dialogue is presented entirely in Ukrainian Sign Language, delivered by deaf non-professional actors and accompanied by neither subtitles nor voiceover. The film achieves an intensity of effect seldom approached in the cinema.

Shelved for 20 years by Soviet censors, Brief Encounters (1967), is Ukrainian writer-director Kira Muratova’s first feature with her experimental style including the use of flashbacks, deployment of unconventional narrative forms, montages of still photographs and audio discontinuities. Depicting a love triangle between a provincial bureaucrat, a wandering geologist and a country girl who tries her luck in the city, the film is a documentary-like portrayal of Soviet life highlighting the divide between the urban intelligentsia and the peasants. Screening in digital restoration courtesy of the Dovzhenko Centre.

Noted documentarian Roman Bondarchuk’s Volcano (2018), is his hilarious feature film debut which was originally conceived as a documentary. Lukas, an interpreter for the Organisation for Security and Cooperation in Europe, finds himself marooned in the steppe in Ukraine’s south and subjected to a series of Kafkaesque challenges and frustrations. Serhiy Stepansky, a celebrated film sound artist whose credits include The Tribe and Atlantis, portrays the wide-eyed Lukas in his first acting role, while Vadym Ilkov’s striking cinematography lends proceedings an equal measure of naturalism and surrealism.

Direct contributions to the Dovzhenko Centre can be made

LISTING DETAILS:
Melbourne Cinematheque screens Masterpieces of Ukrainian Cinema from 20 July – 3 August every Wednesday at ACMI. Full and mini memberships to the season are available via ACMI. Visit acmi.net.au/cteq