As an actress Andrea Evans knows all about the casting process. Her acting career spans back to 1978 and she has had lead roles in popular television shows including The Bold And The Beautiful, Passions, The Bay and One Life To Live. Now as a producer Evans teams up with director Minh Collins (Hit List, Legal Fox TV) to create Rocking The Couch a documentary that explores the term and practice of the casting couch in the wake of fall of Hollywood titans such as Harvey Weinstein and Bill Cosby.

“It all started with a conversation with one of my colleagues Minh Collins,” Evans explains when I ask where the idea of doing a documentary on the casting couch originated. “We were sitting and having coffee like we do because we are old friends, he directed me in a movie called Hit List about seven years ago, and the whole Harvey Weinstein story was breaking here in the US so we started saying ‘someone has to make a great documentary about this’ maybe give the whole background of how this started in the industry and maybe talk to some people who aren’t A-List celebrities to find out how this all came about, then we just looked at each other and said ‘let’s do it.’ Then within two weeks we were doing it – we were putting together a project.”

“There were certainly a lot of people that didn’t want to talk about it,” agrees Evans when I ask whether people have been open or hesitant to talk about their casting couch experiences. “The casting couch has always sort of been under wraps especially here in the U.S.. It’s only been now after the Harvey Weinstein thing broke that people have been talking about it, but it has never been a big secret, it’s been a term in Hollywood since silent pictures. In our documentary we document the history of it and we joke about having records of it happening in silent pictures but I bet it even happened way back in vaudeville if you could find people to talk about back then, it is just something that has existed forever and ever. Some people were willing to talk about it and some people we have on film were anxious to talk about it, they were happy to and found it therapeutic. But there were some people we approached who didn’t want to have anything to do with it.”

You can listen to our full interview with Andrea Evans on Spotify.

Rocking The Couch is available now on Amazon Prime. 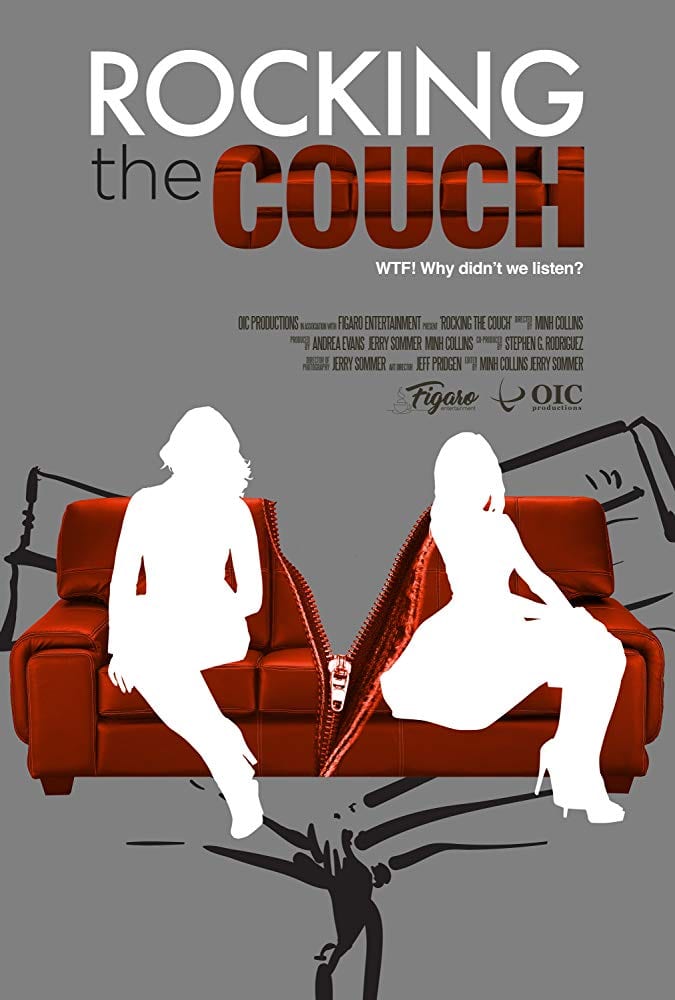 Giveaway: WIN a Double-pass to see the “SUZI Q” Movie!

2040 To Screen To United Nations