During his time in Hollywood Eduardo Castrillo has shown his talents in a number of area. From acting in films like The Shop through to working as a writer and director on projects like The Last Wolf Of Ezo and Hunting Season.

Now he combines all of those skills with his martial arts prowess and has put together a feature film called Worth in which he plays Ricky a young Muay Thai kickboxer who trains for the title belt, all the while dealing with new relationships, money problems and family drama.

“Worth is a movie about Muay Thai kickboxing,” explains Castrillo as we begin to talk about the film. “It’s about a young fighter in the United States and he works in a gym, he trains everyday and then he ends up meeting a girl, a romance blossoms but what it is mainly about is him dealing with what it takes to be a fighter. We’ve all seen boxing movies and movies about what it takes to get a championship and things like that, but what I wanted to cover in this story was basically the other side of it. There are a lot of fighters who are on the lower level, they fight the amateur fights or they have what they call smokers and things like that, and that is what I wanted to show. They struggle to make a living and they have to pay for their own insurance, they have to sell their own tickets, and I really wanted to go into that and flesh out a good story.”

I ask Castrillo how much research he had to do into the world of kickboxing and he responded by saying, “I’ve been studying and training in Muay Thai boxing now for about nine years, I started when I was 21. I’ve been training ever since and working in the gym – I started working in the gym while doing the film. I was always there and they said why don’t you work here and then you can have a key and then you can just come and go as you need to. I even went to Thailand myself when I was 22 and went there to train for a summer. But being at the gym a lot and training you make friends with trainers and I made friends with a professional fighter who is a professional in both MMA and Muay Thai and I would just ask him so many questions like ‘what do you eat, what do you do if this happens?’ and he was just open and would tell me. So I just kind of used his life story and then I told a story about it, but then fleshed out some experiences of my life into the story. Then I would talk to some other professional fighters and hear some things and be like ‘oh that would be great’ so we just put together these stories and these characters through a lot of real life experiences in the fight game out here.”

You can listen to our full interview with Eduardo Castrillo on Spotify.

Worth is on Amazon Prime right now. 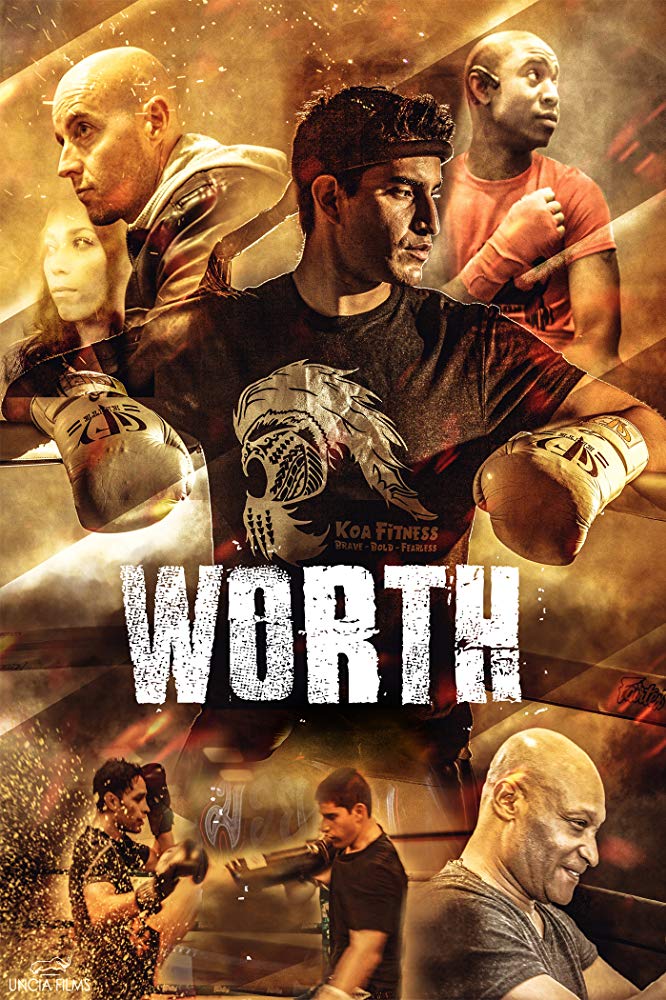 The Popcorn Conspiracy Ep #089: THE LIGHTHOUSE